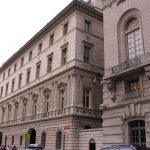 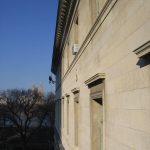 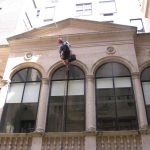 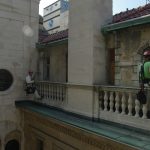 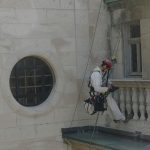 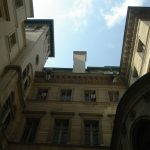 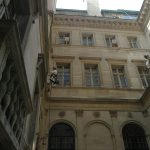 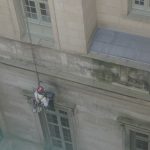 The Otto Kahn Mansion was designed in the Italian Renaissance palazzo style with specific references to Palazzo della Cancelleria in Rome. At the time of its construction, it was the largest private residence in New York City, built on 6 lots with 145 feet of street frontage. On the north side of the site is a courtyard formed by the north façade of the main building, west-facing façade of the east end of the structure and an L-shaped loggia. A monumental stair and water tank are enclosed in a tower situated at the southeast corner of the courtyard. The exterior walls of the mansion, including the courtyard and tower facades, are clad in Coquina limestone which is comprised of cemented fossil debris, coarse shells and shell fragments.

The James Burden Mansion has a mansard roof except at the north end where the roof terminates at a gable spanning the full width of the building. The upper slopes of the mansard are clad in copper sheet metal with batten seams. The lower slopes are clad in slate with copper sheet metal trim. The upper roof has a shallow slope, approximately 4″ per foot, while the lower slopes are nearly vertical. There are many penetrations in the upper roof including vents, skylights, mechanical installations, chimneys, and five covered openings.