Vertical Access delivers outstanding investigation and testing services while providing creative solutions to access challenges on all types of buildings and structures. We work with clients to develop a flexible, customized, and collaborative approach to each project, and we take great pride in this keystone characteristic of our firm.

We employ direct-to-digital field documentation using the Tablet PC Annotation System (TPAS®). Developed by Vertical Access, TPAS streamlines data collection and management, eliminates transcription errors, and reduces turnaround time. Our reports are optimized for graphical and numerical analysis and are customizable for seamless integration into the project documents of our clients.

With industrial rope access, we achieve quick, hands-on access to buildings and structures without expensive and time-consuming conventional swing stage or frame scaffolding. This unique approach minimizes impacts on buildings and occupants and helps our clients to develop accurate and detailed scopes of work for budgeting, phasing, scheduling and bidding for repair and maintenance. 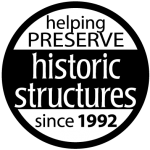 The Vertical Access story begins in 1991 when Kent Diebolt’s friend, Englishman John Powell, secured an invitation for him to join a rope access crew inspecting the exterior of six 12-story apartment buildings in the U.K. Kent was then a 38-year-old carpenter with a bachelor’s degree in horticulture from Cornell, three small children at home outside of Ithaca, New York and precious little climbing experience. “I’d gone climbing with John a few times, but I sure wasn’t a climber or a daredevil and if it were not for the effort it had taken to get there, I’m not sure I would have cinched up a climbing harness and rappelled down the face of the 120-foot structures.” Kent not only survived the two-week job, but he returned to Ithaca determined to establish his own rope access operation. Over the next few years, he did just that, becoming, in the process, largely responsible for opening up the United States to the concept of using climbing equipment to inspect buildings––especially older, iconic, historically significant buildings that could be difficult to access with traditional scaffolding techniques.

But let’s not get ahead of ourselves; Vertical Access was hardly an overnight success. It would be years, long years spent trying to sell himself and the advantages of rope access, before Kent and Vertical Access would become a viable operation, and even longer before Diebolt and company would be invited to descend on ropes to inspect such national treasures as the U.S. Capitol dome, the Nebraska State Capitol or the Chrysler Building and St. Patrick’s Cathedral spires in Manhattan.

Kent Diebolt was a competent, conscientious, hard-working carpenter in 1991 with an unflagging resolve that he carries into everything he does. (Ask him about his 4,000-mile bicycle trek through the Northwest and Alaska in the early ‘80s, sometime.) After several years in the construction business, Kent was looking for a niche, one that would separate him from the pack. With rope access, he knew he’d found not a niche, but rather a new, largely uninhabited field he could have to himself. While already popular in France and the U.K., rope access hadn’t caught on in the U.S. in any focused, safety-conscious way, outside of the occasional construction worker/weekend climber tying off on a building to effect repairs.

While the prospect of starting his own company in a wide-open field was inviting, the obstacles were daunting: first of all, the horticulturist-turned-carpenter wasn’t (yet) an expert in climbing; second, he wasn’t knowledgeable about commercial architecture or historically significant buildings; third, he didn’t know much about the building materials used in monumental historic buildings; and perhaps most importantly, there was no way with any certainty to develop a business plan or pricing strategy. Other than that, it would be clear sailing.

A quick study with a thirst for knowledge, Kent read voraciously (his was one of those rare households without a television), he talked to architects and engineers, he learned everything he could and got ready to step into the harness.

He soon discovered that he was up against a conservative establishment in the construction and preservation world. Many professionals discouraged him from looking at rope access as an enterprise, either because they didn’t fully understand the potential, or because they thought that it was a gimmick, staged by rock climbers looking to make a hobby pay. Since Kent still had a family and a mortgage, for the meantime, Diebolt Construction would have to remain a priority.

Not every expert discouraged him, however. The late Ray DiPasquale––licensed architect and engineer with a forensic interest in building failures––supported Kent and his vision. Bert Fortner, Ken Vineberg and Paul Testa were also professional friends who  could see the merits of a technique that was cost effective, timesaving and had the ability to produce more accurate data than methods commonly in practice. In March of 1992, he took the first plunge; Vertical Access became a legal entity––”the first stone in the pond,” as Kent likes to call it.

Then came the hard part––convincing clients to take a chance on what was, for the U.S., a “new” and untested approach to building inspection. His former wife, Julie Manners, a talented graphic artist who retains a role in the company, designed brochures that Kent said, “made us look larger and better than we were at the time.” He’d mail out 20 to 30 of the brochures a week to engineers and architects, and then, as time away from Diebolt Construction allowed, he’d follow up with phone calls and office visits, hoping to get a foot in the door to explain rope access. He met his share of dead ends, to be sure. It is, however, with considerable joy and gusto that he recalls “those light bulb moments, when a potential client understood what I was offering, realized the potential benefits and said, ‘Damn, I wish I’d known about you when…'”

The first such client was an engineering firm out of Syracuse, NY, that hired the new company in the summer of 1992 to determine the extent of structural failures on the exterior and interior of two brick dormitories on the University of Rochester campus. Two Diebolt Construction carpenters served as crew members on the two-week job, which they completed to the satisfaction of the engineers and in time for students to reoccupy the building, in the fall. When the question, “Did you make any money on that job?” comes up, he answers, “I doubt it.” But Vertical Access was in business with the beginnings of a portfolio.

Kent would spend the next three years with one foot in Diebolt Construction and one foot in Vertical Access, calling on architects and engineers, sending out brochures, making his presence known among historic preservation circles. His message was as clear then as it is today: Rope access inspections reduce uncertainty going into a repair or preservation project by better informing the triumvirate of owner, architect/engineer, and contractor––with reliable data, through live video feeds and “eyes-on” reports, enabling superior planning and cost predictions. No longer were pipe scaffold, swing stage or binoculars on the ground the only way to evaluate existing conditions to make a plan for maintenance and repair.

Some contracts did come in during that time, two, three, maybe four a year––the U.S. Army Arsenal in Watervliet, NY; the 198-foot-tall, cable-stayed Liberty Pole in Rochester, NY; the neo-Gothic, former U.S. Post Office (now Erie Community College) in Buffalo, NY; and a parking garage in Ithaca, NY. The portfolio grew, the reputation spread, but Kent still needed the income from Diebolt Construction and from Julie’s freelance graphics practice to float the family boat.

Then, in the fall of 1995, a fork in the road appeared. Diebolt Construction’s two lead carpenters left the company to pursue other interests, and Kent got an appointment with Beyer Blinder Belle, the venerable, Manhattan architectural firm with a specialty in historic preservation. In New York City, Beyer Bindle Belle architects Jim Rhodes and Liz Newman offered Kent a shot at an upcoming project at St. Thomas Church on Fifth Avenue, involving inspections on the interior and exterior of the 95-foot tall, limestone-clad Gothic structure. After taking a look at the building, Kent came up with a dollar amount, which was accepted. With Julie’s support for the venture, Diebolt Construction finally gave way to Vertical Access, for good. And in the spring of ’96, Kent and a small crew successfully completed the job. Says Kent, “That job was my first introduction to the Guastavino tile arching system, a vaulting technique for spectacular interior, vaulted interiors. It became more than an interest; it became a passion.” And a specialty, for which he is renowned today. Diebolt recently co-authored a book called Immigrant Architect, about the Spanish architect, Rafael Guastavino and his son, who introduced the tile system to the New World.

From there, it was onward and upward, so to speak. The ’90s gave way to the 21st century with great adventures lying in wait for Vertical Access. Kent brought in engineer Kelly Nuttall Streeter and architectural conservator Evan Kopelson as partners in 2009. Meanwhile, Vertical Access hired full-time employees, set up offices around the country and embraced new investigative technologies while staying true to Diebolt’s original vision: reducing uncertainty for clients, building owners and contractors.

Browsing the Vertical Access website portfolio will take most of an afternoon, and if you’re not comfortable with heights, the spectacular photos will have you hanging onto something solid, so be forewarned. Imagine being hired to inspect Independence Hall, 16 (so far) state capitol domes, the Cape Hatteras Lighthouse, the Hanging Flume in southwestern Colorado, buildings at two dozen universities, bridges, churches, to name just a few––truly, it’s a catalogue of American landmarks, all inspected in complete safety—and all projects having been completed without accidents, and with zero worker days lost to injury.

As Kent, and now Evan and Kelly, have guided Vertical Access through its first quarter century, they’ve accomplished more than the portfolio of photographs tells. Kent discovered early on that historic buildings were often in need of repair, difficult to access and constructed without future access in mind. He also developed a respect for the buildings and a passion for their preservation.  Early on, he joined Historic Ithaca and the Association for Preservation Technology International (APTI) as an advocate for preservation. He served as APTI president from 2001-03 and has spoken at conferences worldwide. He and Vertical Access team members have been instrumental in founding and supporting SPRAT, the Society of Professional Rope Access Technicians, the industry-wide organization that develops safety standards for rope access workers.

It’s serious work, this career that Kent has forged for himself, but every now and again he’ll pause to reflect. “I’ve been on the cornice of the Capitol dome in Washington, D.C., looked out from there and thought, ‘How many people have seen this view?’ What a sight.”

Rick Ohler is an award-winning columnist for the weekly East Aurora Advertiser, a creative writing instructor and author of the memoir, Have You Live Here All Your Life? “…Not Yet,”  which includes accounts of the small town childhood he and Kent Diebolt shared. Find him at www.rickohler.com