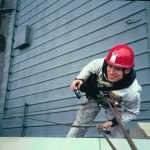 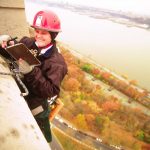 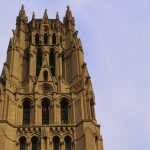 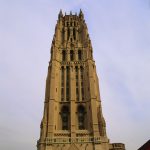 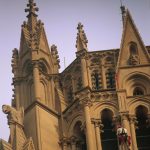 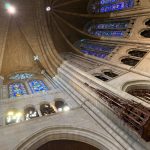 Charles Collens and Henry C. Pelton designed Riverside Church after the Chartres and Laon Cathedrals in France. Built in 1927, it remains the tallest church in the United States due to its steel frame. Limestone buttresses, grotesques, gargoyles, statues and other ornament cover the gothic revival church’s 392’ tower, which houses a 74-piece carillon. In May of 2000, the New York City’s Landmarks Preservation Commission designated the church as a landmark.