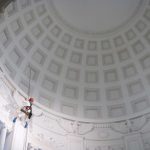 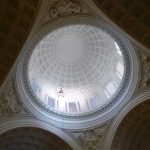 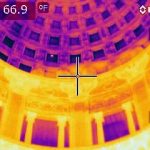 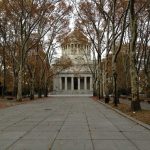 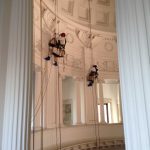 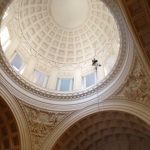 As part of a site inspection of the General Grant National Memorial performed in 2012, National Park Service staff identified areas of cracking at the interior plaster at the drum level of the rotunda. Areas of plaster at the pilasters appeared detached. The National Park Service requested Vertical Access perform a hands-on investigation of the plaster pilasters to better understand the causes of the cracks and determine whether the current condition presented an immediate public safety hazard.

The General Grant National Memorial, also known as Grant’s Tomb, is a mausoleum containing the remains of President Ulysses S. Grant and his wife, Julia Dent Grant. After Grant’s death in 1885, an architectural competition for the design of his memorial was won by New York architect John H. Duncan. Construction of Grant’s Tomb started in 1891 and was completed on April 17, 1897 when Grant’s remains were placed in a red granite sarcophagus in the monument.

The General Grant National Memorial is a neo-classical structure of the Doric order based on the Mausoleum of Halicarnassus. On the exterior, the structure consists of a square base surmounted by a conical dome with a tall, colonnaded drum level, all faced with granite. The upper areas of the interior, including four barrel vaults facing the cardinal directions of the base of the monument, the pendentives where the square base transitions to the dome, the gallery at the drum level and the coffered ceiling at the interior dome, are faced with ornamental cast plaster.