Tuli Kuckes has joined the firm as a SPRAT Certified Level 1 Rope Access Technician and Preservation Technician. He is a graduate of Skidmore College and the National Outdoor Leadership School, served as a High Ropes Course instructor, and has his Wilderness First Responder certification.

Matthew Kreidler has joined the firm as our new TPAS and CAD Manager.  He received his Masters in Architecture from the University at Buffalo and comes to the firm from Boston Valley Terra Cotta.

Judith Fagin, PMP, has joined the firm as Business Development Manager. Judy has spent the majority of her career in project development and implementation and has worked in the public, private, and nonprofit sectors. She has a Bachelor of Arts in art history from Tulane University, a Bachelor of Architecture from the University of Miami, and did graduate work in Historic Preservation at Columbia University. She recently received her Masters in Public Administration from the Harvard Kennedy School.

‘Twas the month before Christmas, Thanksgiving weekend
On a campus deserted, but lo! There ascends
We know not yet which – sleigh, climber, or drone
To place upon high a garment on loan
From a jolly old elf: a hat red and white;
A mischievous prank under cover of night…

Exactly 22 years and 58 days after one of the most famous pranks in the history of the Ivy League, another mysterious object appeared atop Cornell University’s McGraw Tower on Sunday, December 1. This time, instead of a hollow gourd, it was a Santa hat. No one has come forward to claim responsibility for the caper, and the perpetrators’ means of access is unknown.

A swirl of questions surrounded the pumpkin, after it was discovered on the morning of October 8, 1997. Speculators wondered whether it was real and pondered how anyone had managed to impale it at the top of a steeply-sloping metal roof. Student scientists competed to obtain a sample of the object to confirm that it was, indeed, a pumpkin. And finally, after enduring five months of winter conditions, the shriveled fruit was removed with a crane. To this day, the pranksters have not revealed their identities (Vertical Access was not involved).

Unlike the pumpkin, the hat has disappeared just as quietly as it appeared. Did a certain toymaker reclaim his cap? Did the wind blow it down? Why didn’t they call VA? We may never know.

While Vertical Access had nothing to do with the placement of the hat – “my alibi is rock-solid,” says Founding Partner Kent Diebolt [Cornell ‘82] – we stand at the ready to put our expertise to work in accessing, documenting, or removing the next object to appear atop McGraw Tower. 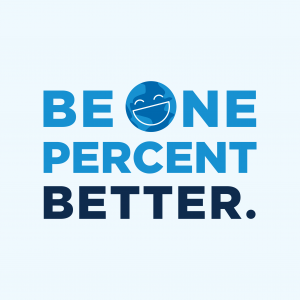 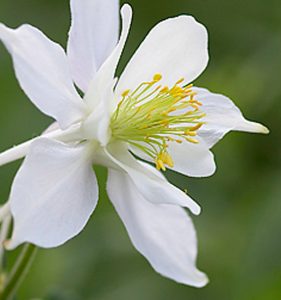 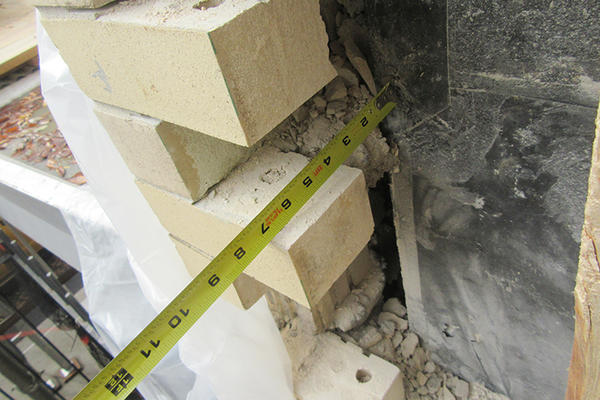 In 2017 Vertical Access was retained by the City of Ithaca to perform a condition assessment of twelve hillside burial vaults located within the Ithaca City Cemetery in Ithaca, New York.  Early this year the City of Ithaca voted to bond money toward the repair some of the hillside vaults.

The Ithaca City Cemetery comprises approximately 16 terraced acres on University Hill, between downtown Ithaca and Cornell University, with views over Cayuga Lake and downtown. Vehicle entrances are located at University Avenue, Stewart Avenue, and DeWitt Place. An additional pedestrian entrance is located at Cornell Avenue. Owned by the City of Ithaca and managed by the Parks and Forestry Division, the cemetery is actively used by pedestrians, cyclists, and dog walkers.

The City Cemetery is Ithaca’s oldest burial ground, dating from the city’s earliest settlement period in the 1790s. During the nineteenth century, it underwent multiple expansions, evolving into a park-like, formally-designed landscape following the “rural cemetery” movement.

Beginning in the 1860s, hillside burial vaults were constructed by prominent Ithaca families.

The vaults range in overall condition from fair to poor. All exhibit signs of water infiltration and structural movement to some degree. Ten of the vaults are constructed with stone exhibiting widespread mortar failure and erosion. Delamination is widespread in units of locally quarried shale known as Llenroc.

Vertical Access documented existing conditions at all twelve burial vaults within the Ithaca City Cemetery. Notable and representative conditions were documented digitally using the Tablet PC Annotation System (TPAS®), with digital still images linked to condition annotations in an AutoCAD drawing. Additional investigation was conducted at three of the vaults using a GoPro camera mounted to a telescoping pole, inserted through a hole in the door or gap between the door and adjacent masonry, and illuminated with a flashlight.

A Borescope was used in an attempt to obtain imagery of the interior spaces of vaults with gaps that were too narrow to accommodate the GoPro, but the footage was not of use since the depth of the masonry at the door surrounds was generally greater than the length of the Borescope. A fiber optic “See Snake”, incorporating a camera with built-in illumination at the end of a flexible cable, was used to investigate the interior of one of the vaults which had an accessible rooftop vent.

While the current funding is inadequate to reconstruct all of the vaults, it will address the three vaults most in danger of collapse as identified in the Vertical Access study. The City’s continued investment is crucial to maintaining this valuable community historic site and greenspace.

This church boasts a wealth of sculptural ornament, including dozens of life-sized saints and historical figures, as well as smaller details such as these depictions of tradespeople. The shield is a clue to its location. Where is it? 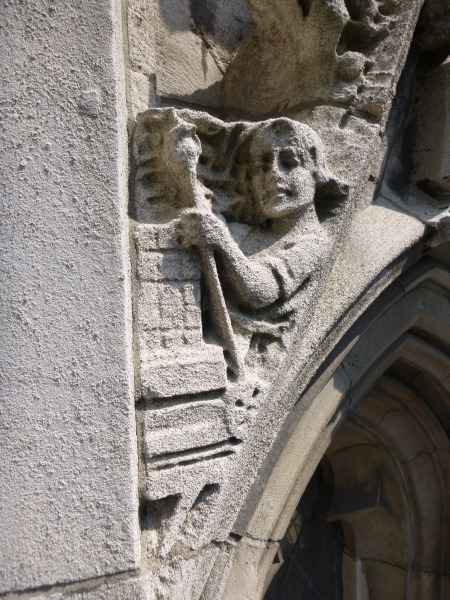 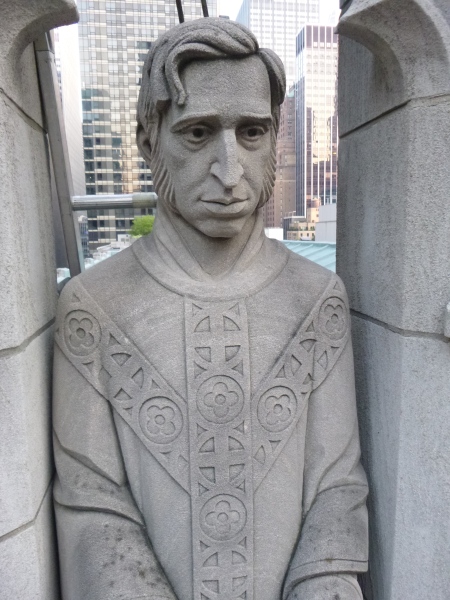 Answer: St. Thomas Church, New York, NY.  Cram, Goodhue & Ferguson won a competition for the design of the church in 1906, and it was constructed between 1911 and 1913. The church was Ralph Adams Cram and Bertram Goodhue’s final collaboration before Goodhue established his own practice. The principal facade on Fifth Avenue has an elaborately ornamented entrance with a spectacular rose window and sculptural grouping in the parapet above.

This monumental cathedral – one of the largest churches in the world – has been under construction since 1892. Many delightful details can be found in its stone sculpture, along with a clue to its name. Where is it? 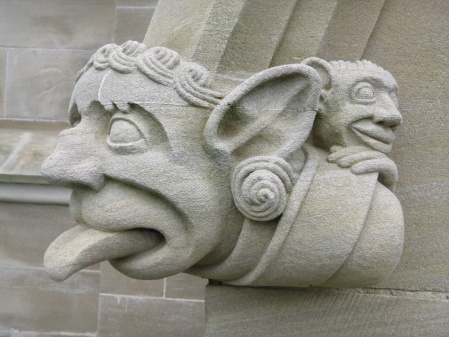 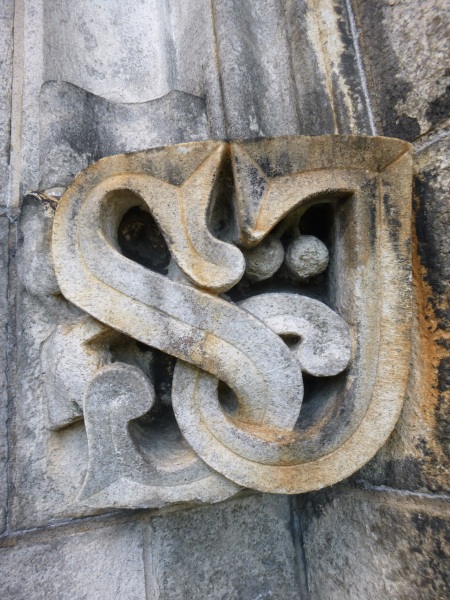 Answer: The Cathedral Church of St. John the Divine, New York, NY. The cathedral was originally designed by the firm of Heins & LaFarge in 1888 in a Byzantine-Romanesque style, and later modified by Ralph Adams Cram in the Gothic Revival style.  In 1909 a “temporary” Guastavino tile dome was installed over the crossing; over 100 years later, the dome is still in place and is the largest Guastavino dome ever constructed. The cathedral opened from end-to-end for the first time in 1941, nearly 50 years after construction began. World War II halted building activity, which resumed in the 1970s and 80s, however the cathedral still has not been completed. 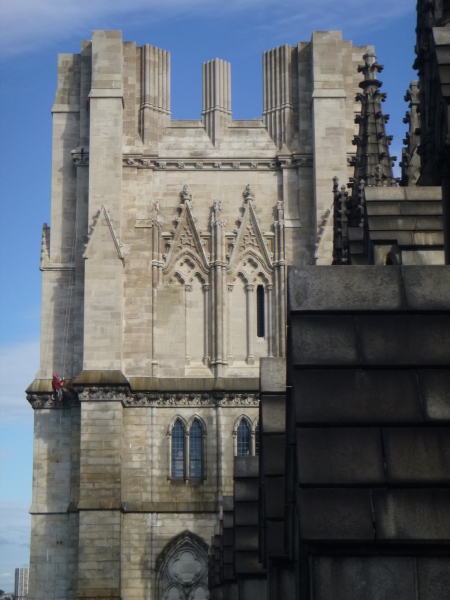