In 2017 Vertical Access was retained by the City of Ithaca to perform a condition assessment of twelve hillside burial vaults located within the Ithaca City Cemetery in Ithaca, New York.  Early this year the City of Ithaca voted to bond money toward the repair some of the hillside vaults.

The Ithaca City Cemetery comprises approximately 16 terraced acres on University Hill, between downtown Ithaca and Cornell University, with views over Cayuga Lake and downtown. Vehicle entrances are located at University Avenue, Stewart Avenue, and DeWitt Place. An additional pedestrian entrance is located at Cornell Avenue. Owned by the City of Ithaca and managed by the Parks and Forestry Division, the cemetery is actively used by pedestrians, cyclists, and dog walkers.

The City Cemetery is Ithaca’s oldest burial ground, dating from the city’s earliest settlement period in the 1790s. During the nineteenth century, it underwent multiple expansions, evolving into a park-like, formally-designed landscape following the “rural cemetery” movement.

Beginning in the 1860s, hillside burial vaults were constructed by prominent Ithaca families.

The vaults range in overall condition from fair to poor. All exhibit signs of water infiltration and structural movement to some degree. Ten of the vaults are constructed with stone exhibiting widespread mortar failure and erosion. Delamination is widespread in units of locally quarried shale known as Llenroc.

Vertical Access documented existing conditions at all twelve burial vaults within the Ithaca City Cemetery. Notable and representative conditions were documented digitally using the Tablet PC Annotation System (TPAS®), with digital still images linked to condition annotations in an AutoCAD drawing. Additional investigation was conducted at three of the vaults using a GoPro camera mounted to a telescoping pole, inserted through a hole in the door or gap between the door and adjacent masonry, and illuminated with a flashlight.

A Borescope was used in an attempt to obtain imagery of the interior spaces of vaults with gaps that were too narrow to accommodate the GoPro, but the footage was not of use since the depth of the masonry at the door surrounds was generally greater than the length of the Borescope. A fiber optic “See Snake”, incorporating a camera with built-in illumination at the end of a flexible cable, was used to investigate the interior of one of the vaults which had an accessible rooftop vent.

While the current funding is inadequate to reconstruct all of the vaults, it will address the three vaults most in danger of collapse as identified in the Vertical Access study. The City’s continued investment is crucial to maintaining this valuable community historic site and greenspace.

View the latest video in the series, Tourist in Your Own Town, made by the New York Landmark Conservancy, all about the New York Botanical Garden.

We’ve had the pleasure of working at the Botanical Garden in  the past and are currently assisting with  maintenance and access fall protection design.  (We love our “hero shots'”!) 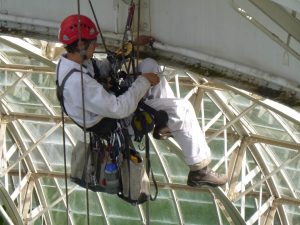 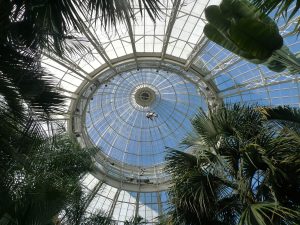 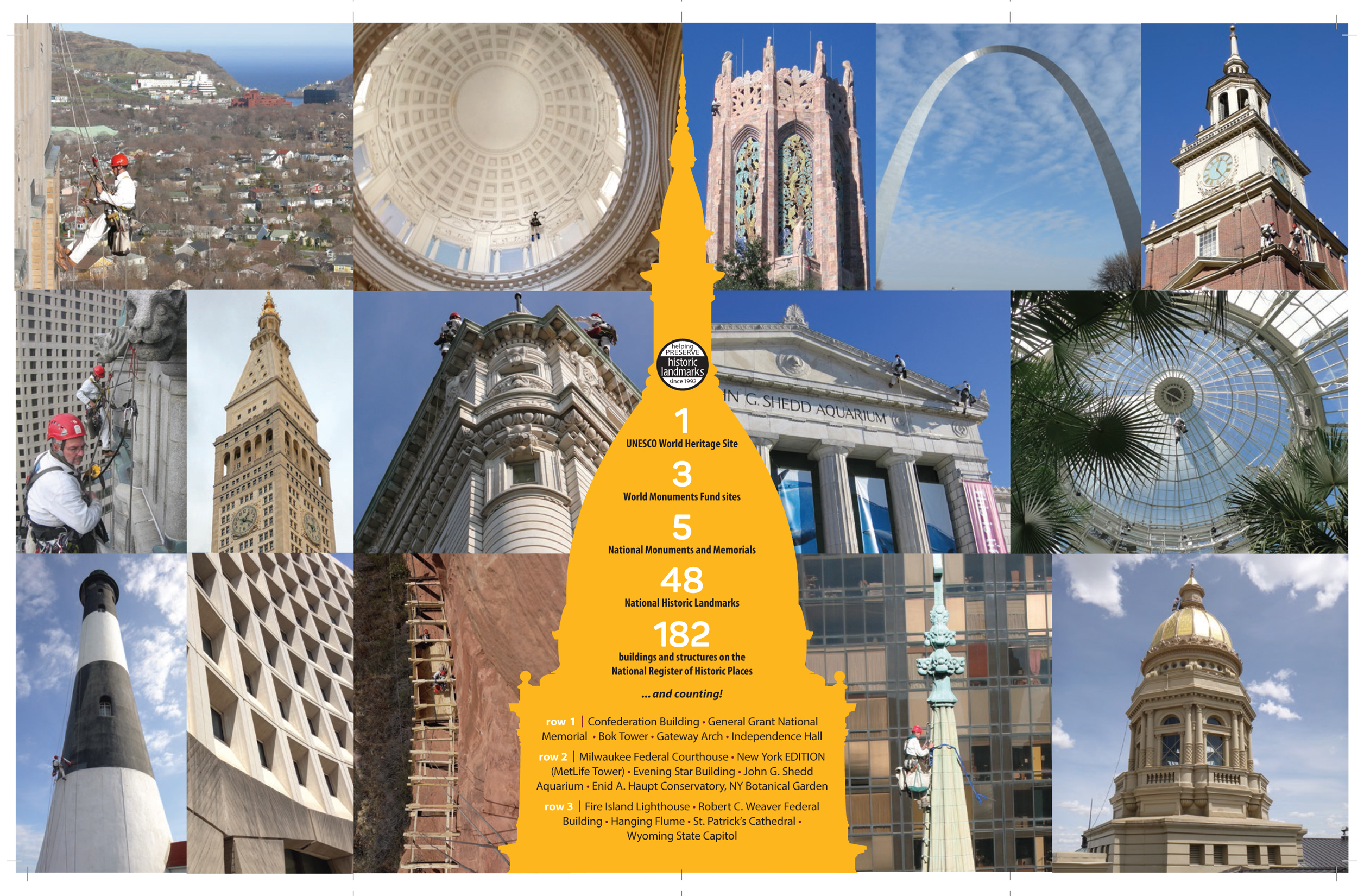 We recently added up historic buildings and structures on the National Register of Historic Places that we’ve helped to preserve since 1992 (wow, more than 182!).  Take a tour with your mouse through our Historic Preservation Brochure and celebrate #PreservationMonth with us!

Photo by Architect of the Capital

At 289 feet tall, the dome of the United States Capitol towers over the eastern end of the National Mall in Washington, D.C., an instantly recognizable symbol of democracy. The cast iron dome itself was completed in 1863, after the nation’s rapid growth necessitated a remodel and expansion of the entire Capitol in the 1850s.

By the 1950s, however, the 9 million–pound dome had numerous fissures, and an attempt to weld them during a 1959–60 restoration was largely unsuccessful. The entire surface was cracking by 2014, prompting a three-year project that was completed in time for the 2017 Inauguration.