This church boasts a wealth of sculptural ornament, including dozens of life-sized saints and historical figures, as well as smaller details such as these depictions of tradespeople. The shield is a clue to its location. Where is it?

Answer: St. Thomas Church, New York, NY.  Cram, Goodhue & Ferguson won a competition for the design of the church in 1906, and it was constructed between 1911 and 1913. The church was Ralph Adams Cram and Bertram Goodhue’s final collaboration before Goodhue established his own practice. The principal facade on Fifth Avenue has an elaborately ornamented entrance with a spectacular rose window and sculptural grouping in the parapet above.

This monumental cathedral – one of the largest churches in the world – has been under construction since 1892. Many delightful details can be found in its stone sculpture, along with a clue to its name. Where is it?

Answer: The Cathedral Church of St. John the Divine, New York, NY. The cathedral was originally designed by the firm of Heins & LaFarge in 1888 in a Byzantine-Romanesque style, and later modified by Ralph Adams Cram in the Gothic Revival style.  In 1909 a “temporary” Guastavino tile dome was installed over the crossing; over 100 years later, the dome is still in place and is the largest Guastavino dome ever constructed. The cathedral opened from end-to-end for the first time in 1941, nearly 50 years after construction began. World War II halted building activity, which resumed in the 1970s and 80s, however the cathedral still has not been completed.

The clues to this building’s use are in its marble and terra cotta ornament. It was designed by the firm of Graham, Anderson, Probst and White, and completed in 1930. Where is it?

Answer: Shedd Aquarium, Chicago, IL. This indoor public aquarium was once the largest in the world, holding over five million gallons of water. The building’s Beaux Arts style complements neighboring buildings on the Museum Campus Chicago. 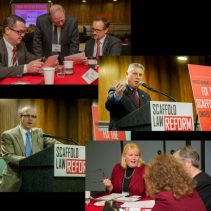 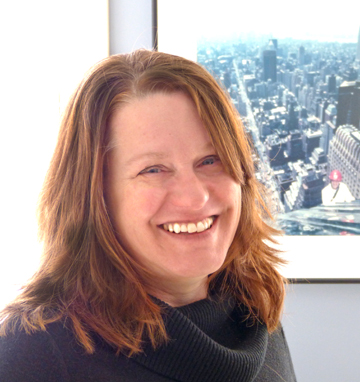 We’re excited to have Erin Bullard join the firm as Director of Marketing and Business Development supporting our Vertical Access, Alta Access, and TPAS services. Erin brings 10 years of experience in the A/E/C industry. Armed with a BS in Physics she sought work in engineering firms but realized marketing is more fun so she earned a BA in Creative Writing Arts and headed to the creative side. Always inquisitive, the science background has come in handy in the A/E/C industry and though she’s afraid of heights, Erin’s pretty excited to join our team.

On Tuesday, February 14th, advocates from across New York will meet at the State Capitol in Albany to urge elected officials to reform the antiquated Labor Law Sections 240/241. Evan Kopelson will be attending to show his support for scaffold reform. Here are the facts.

This law, first enacted in the 19th century and sometimes referred to as the Scaffold Law, is the only law of its kind in the country that imposes absolute liability on owners and contractors, without regard to cause and with virtually no opportunity for defense as part of a due process procedure.  This has had a huge economic impact on construction costs, ultimately costing New York taxpayers an estimated $785 million annually, and making some businesses and projects uninsurable.

Join us in the fight. This is your chance to make your voice heard! Registration is free, and you may bring guests.   http://scaffoldlaw.org/scaffold-law-lobby-day-2017/

Registration is LIVE for Mesa to Mountain! Join us in Salt Lake City, Utah from March 23-25 for a symposium hosted by the Rocky Mountain Chapter of the Association for Preservation Technology International. Vertical Access is a sponsor of Mesa to Mountain and founding principal Kent Diebolt is a co-chair of the local planning committee.

Salt Lake City is a crossroads of the American West and abounds with historic resources and projects that will be of interest to APT members from across the country. Mesa to Mountain will explore the rich history and unique preservation challenges of this region with a focus on western sites, materials, and conditions.

The symposium kicks off on Thursday, March 23 with a plenary address, “The Architectural History of Utah”, and reception at the historic Alta Club. Friday begins with a keynote addresses, “Paths, Pathogens, Ponies, and Wheels: How Trails Changed the Cultural Geography of America” and “Preserving the Traditional: The Limits of Traditional Skills as a Preservation Approach”. Friday continues with a full day of paper sessions following three tracks: Seismic Retrofit of Historic Buildings, Materials and Construction Techniques, and Cultural Heritage Management. On Saturday, three full-day field sessions will take participants to historic sites and preservation projects in the Salt Lake City area.

APT is an approved provider of American Institute of Architects continuing education Learning Units (LUs). LUs will be available for paper sessions and tours. 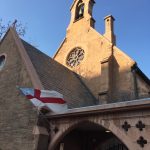 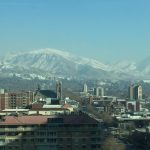 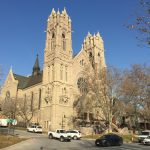 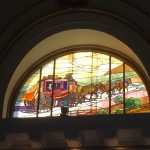 In the liturgical calendar of the Episcopal Church, December 16 is the feast day celebrating Richard Upjohn, Ralph Adams Cram, and John LaFarge for their contributions to church architecture.

Richard Upjohn (1802-1878) is credited with advancing the Gothic Revival style in the United States in the mid-nineteenth century. He is among several architects of his era who produced vastly influential books of residential designs, which were copied from and adapted by builders across the country. Upjohn designed several dozen churches, primarily located in the eastern U.S. 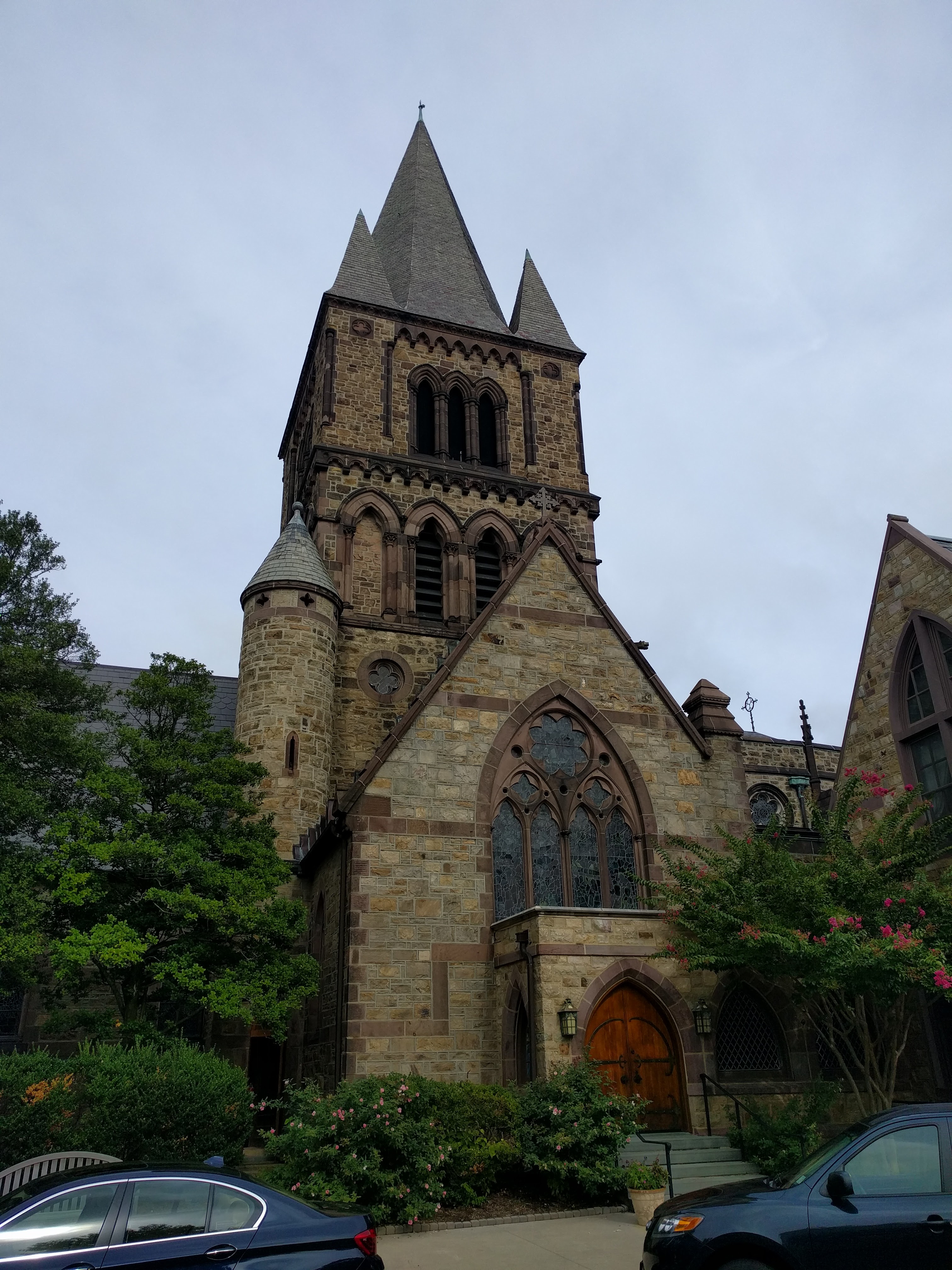 December 16 is the birthday of Ralph Adams Cram (1863-1942). Working primarily in the Gothic Revival style, Cram designed many churches, academic and public buildings over a career spanning 40 years. Cram contributed to the “Collegiate Gothic” movement through his designs for Princeton University in the first decades of the twentieth century. 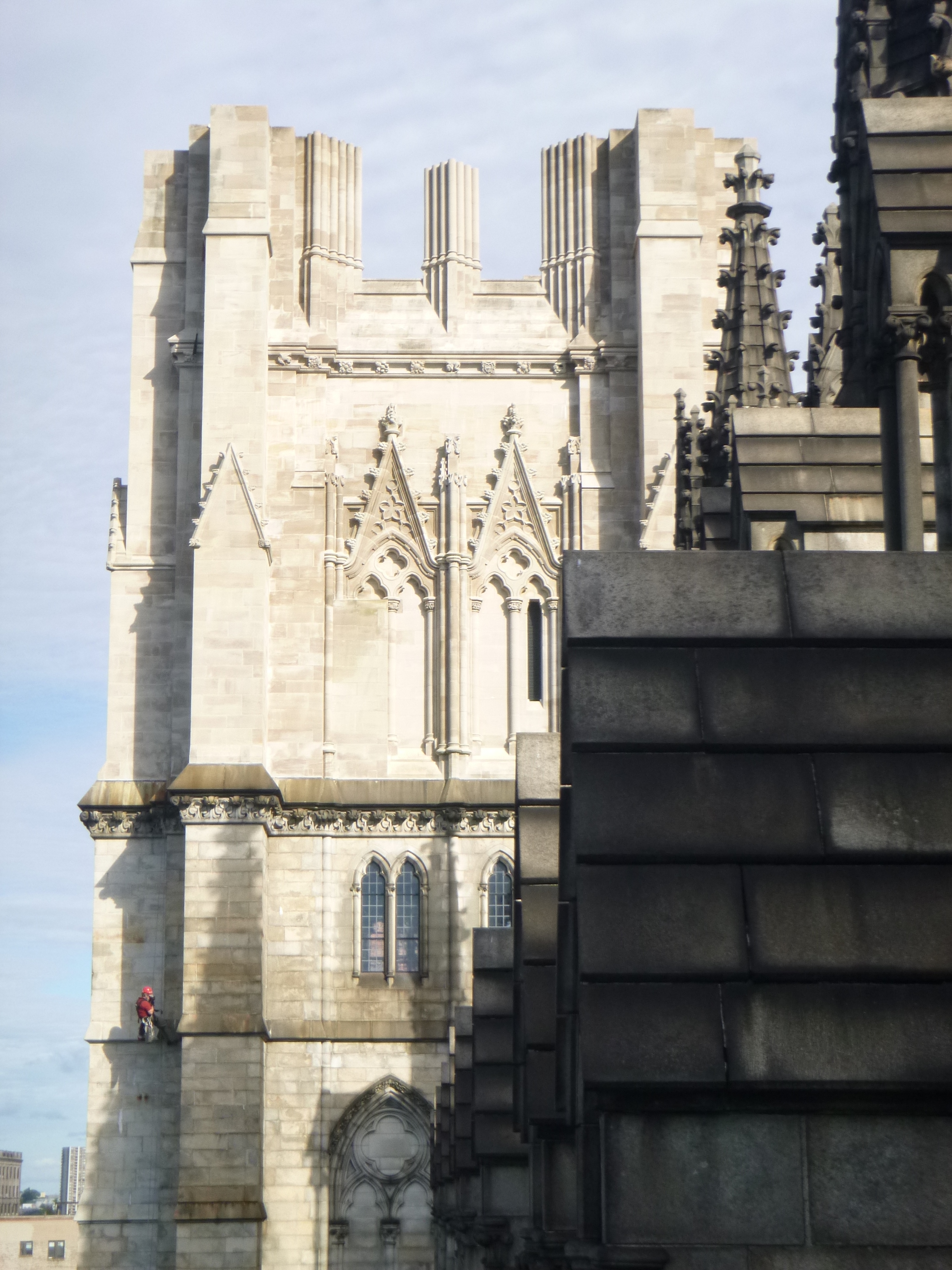 John LaFarge (1835-1910) was a fine artist and writer who found success as a muralist and innovative stained glass designer. His murals and stained glass windows grace the interiors of churches and public buildings throughout the U.S. His son, Christopher Grant LaFarge, became an architect and produced the original Byzantine design for the Cathedral of St. John the Divine, later redesigned in the Gothic Revival style by Ralph Adams Cram.

Buildings worked on by Vertical Access that feature works by John LaFarge: 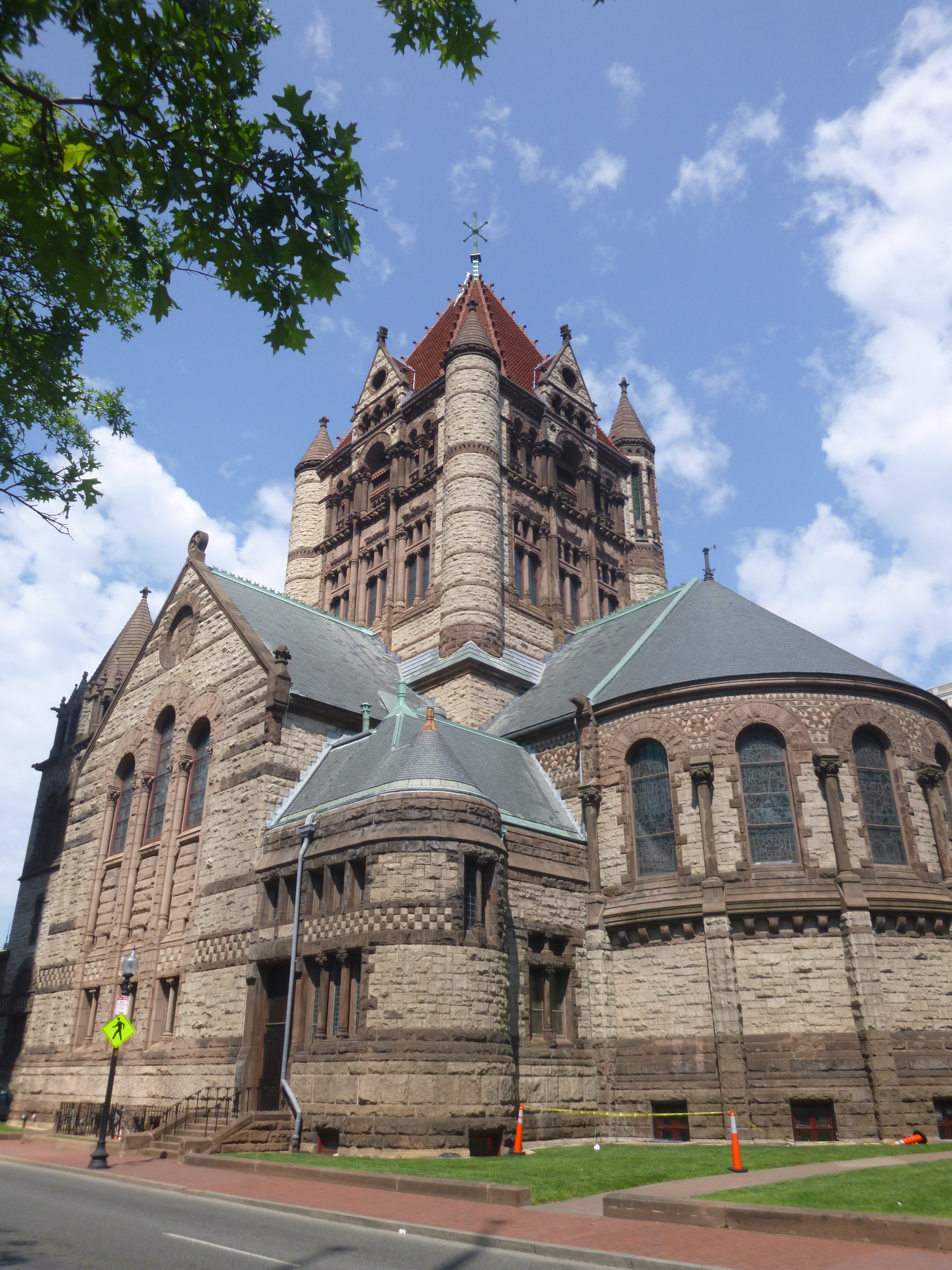 The commission for Trinity Church, Boston launched La Farge’s career as a muralist

Vertical Access was contracted to assist Stephen J. Kelley, Inc. and Heritage Architecture Studio LLC with the assessment of the exterior building materials on the Tower by performing a hands-on and close visual survey of the exterior façades using rope access. 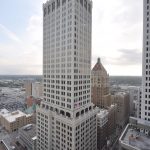 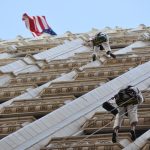 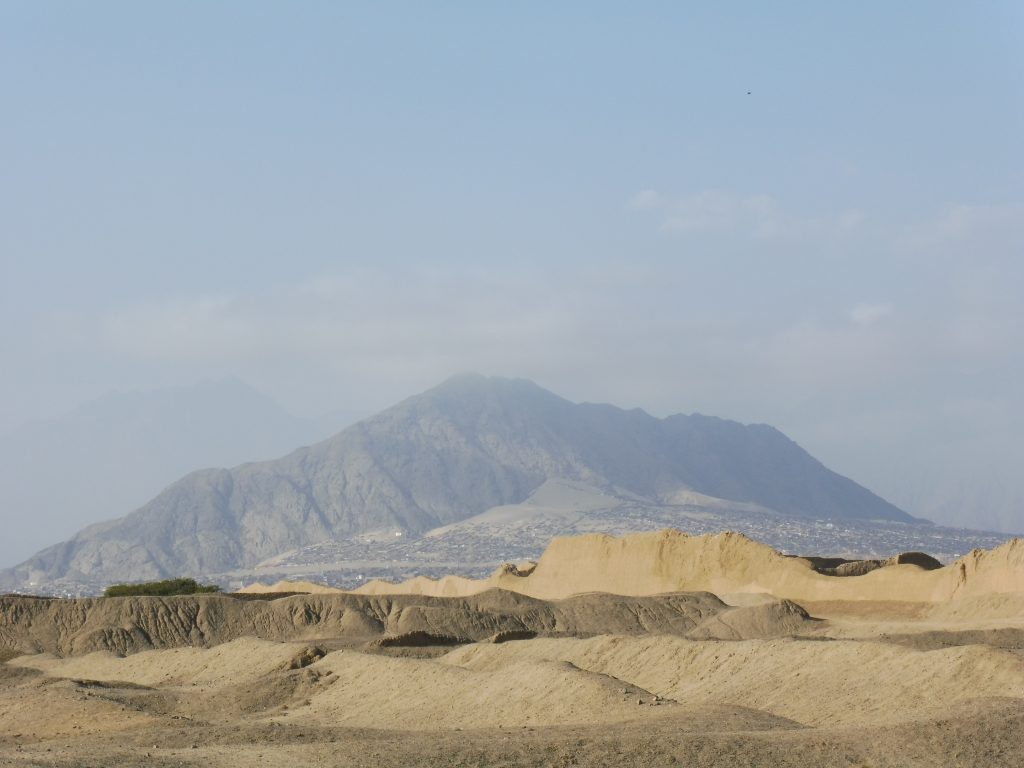 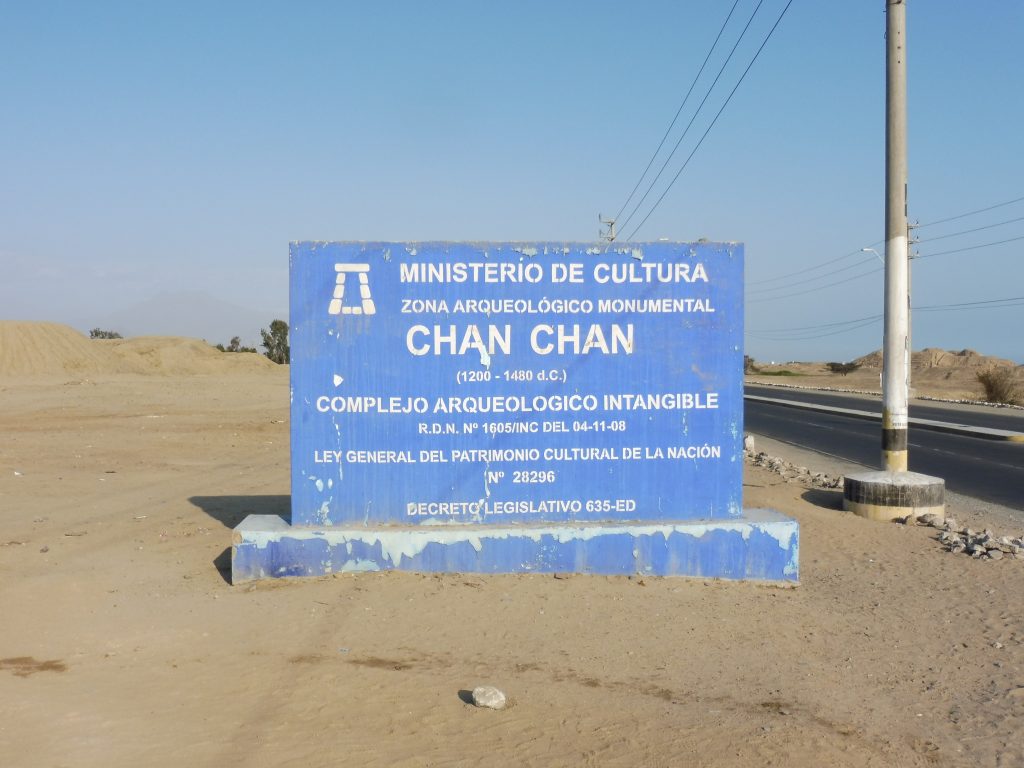 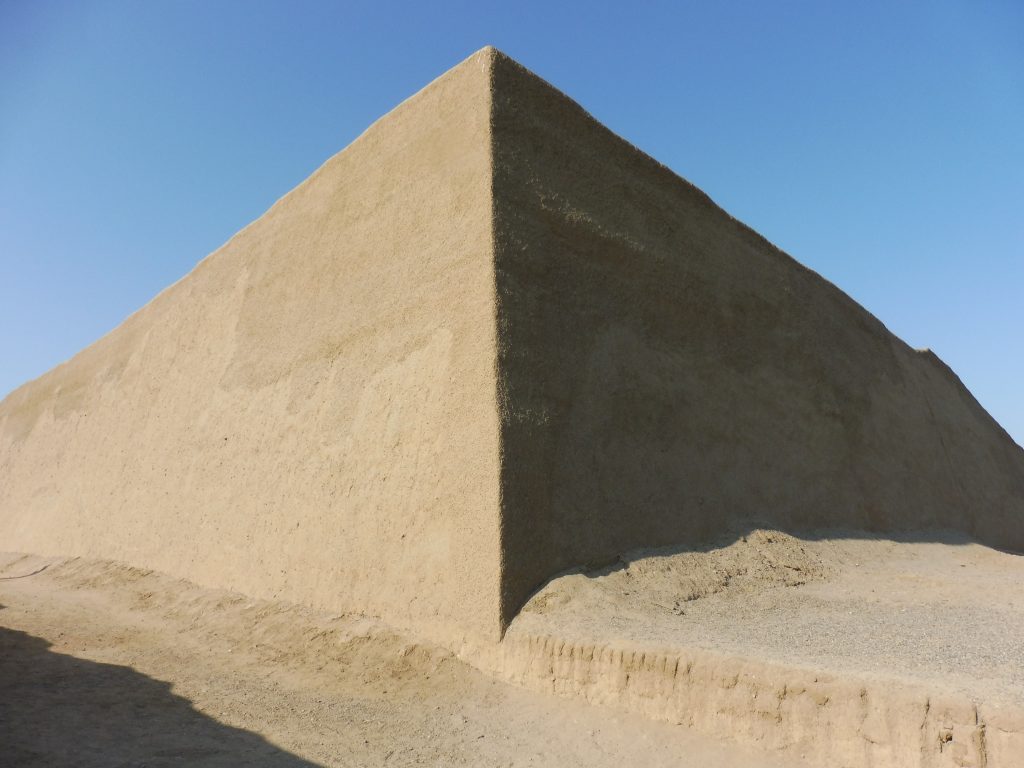 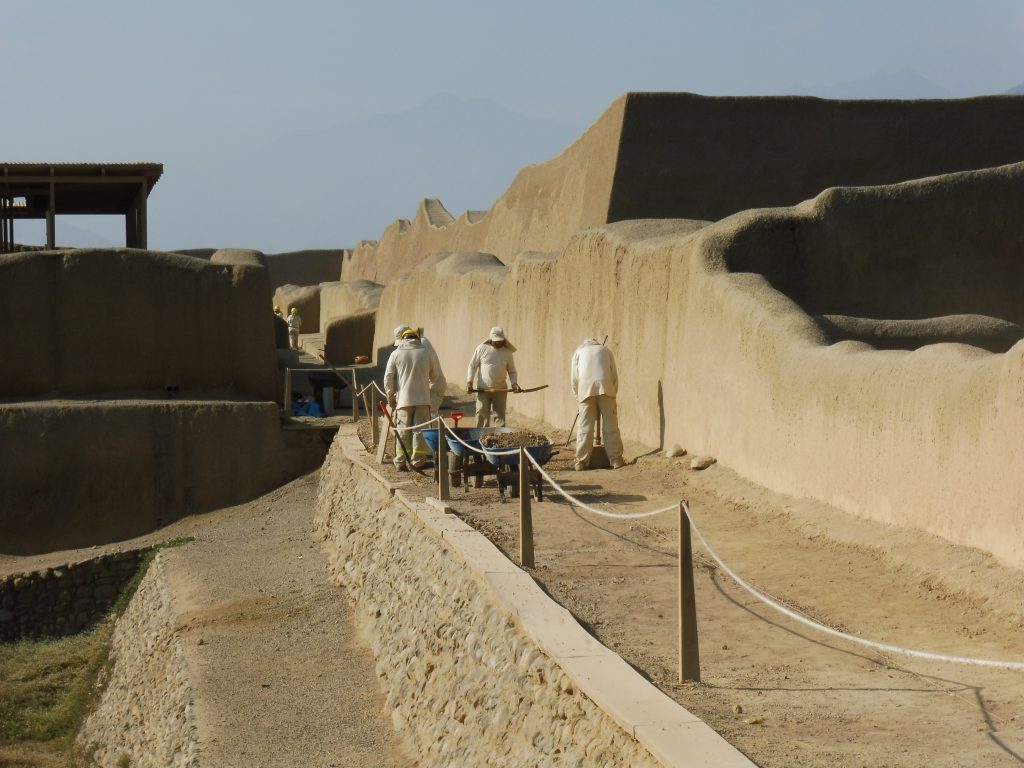 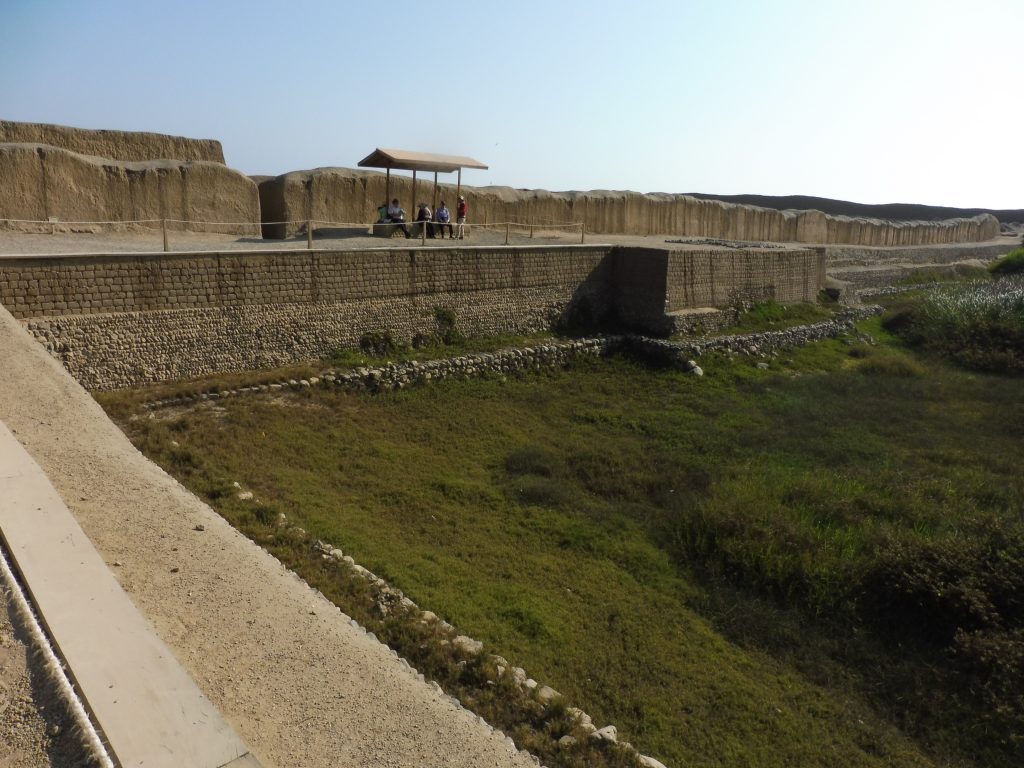 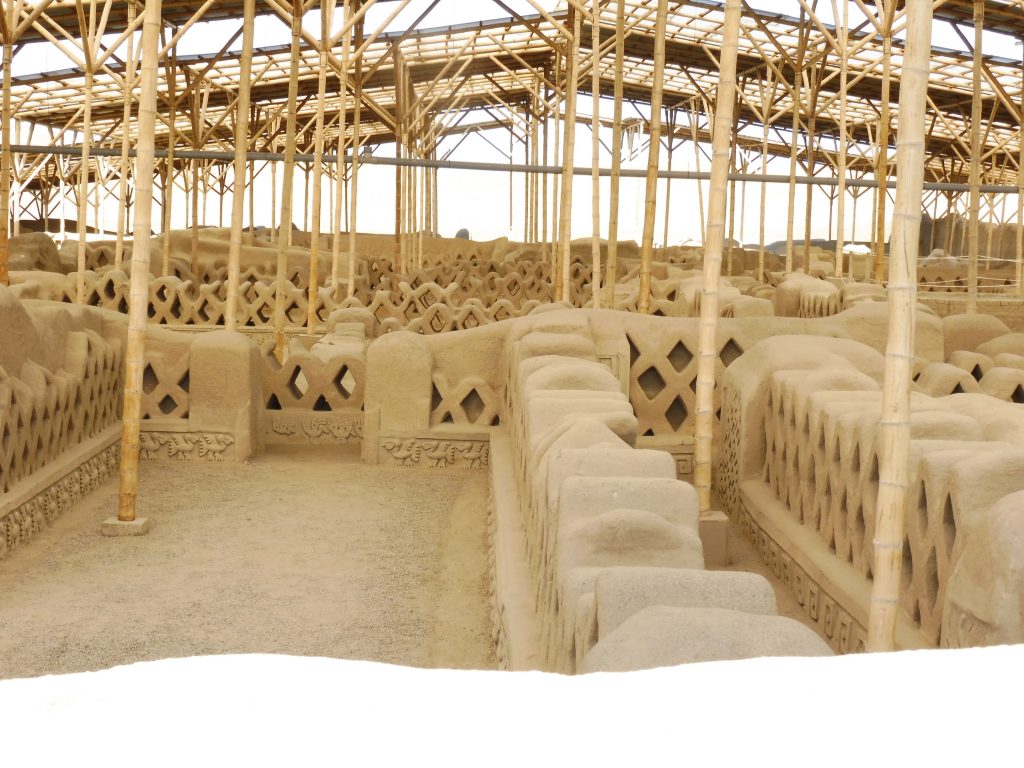 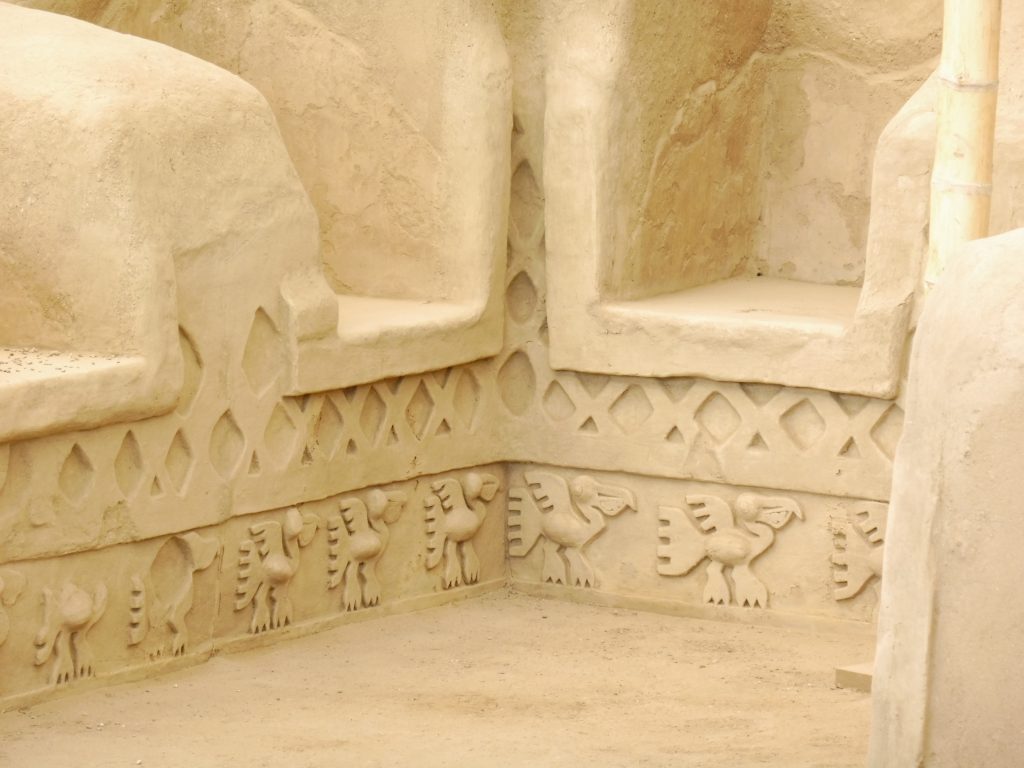 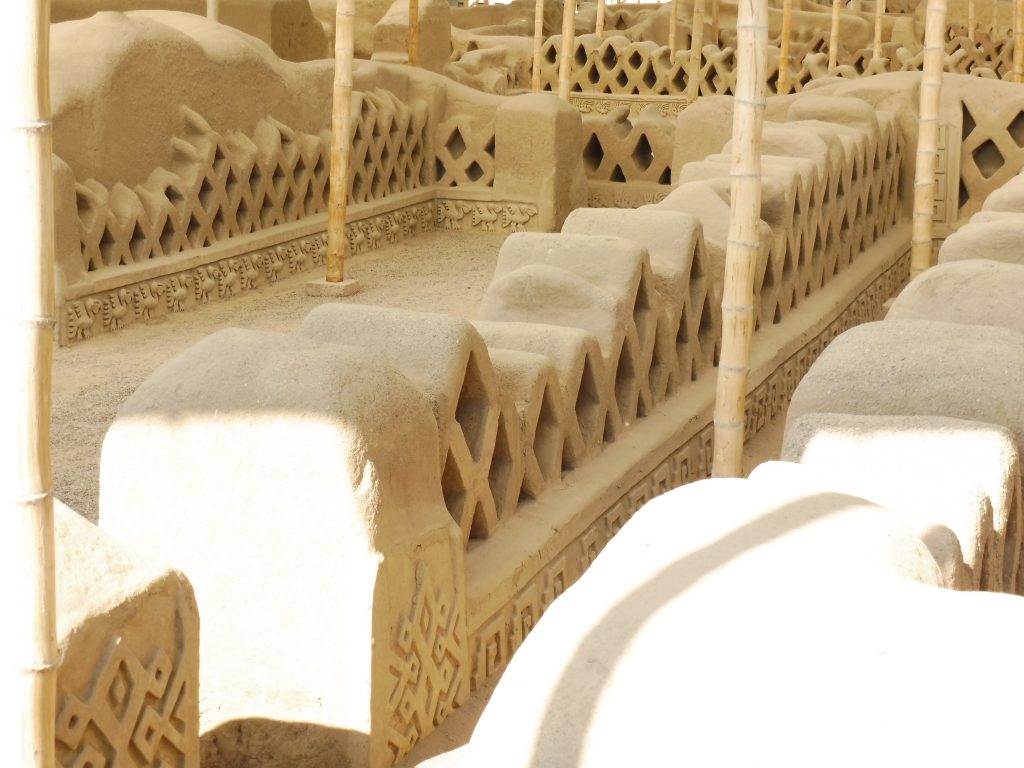 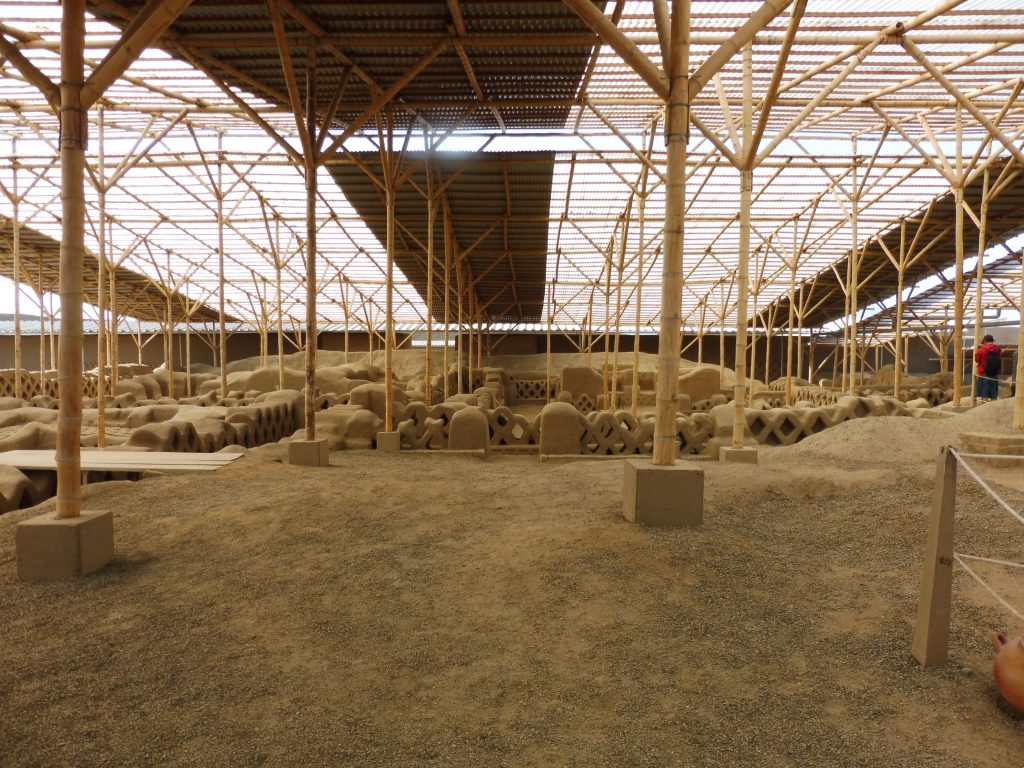 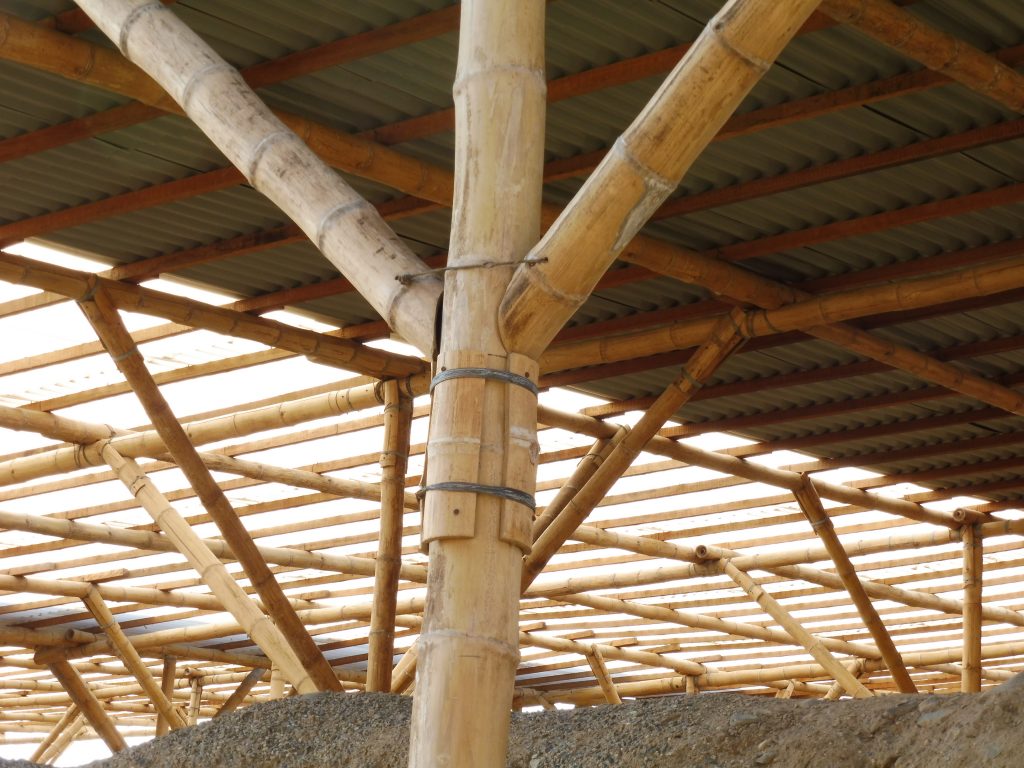 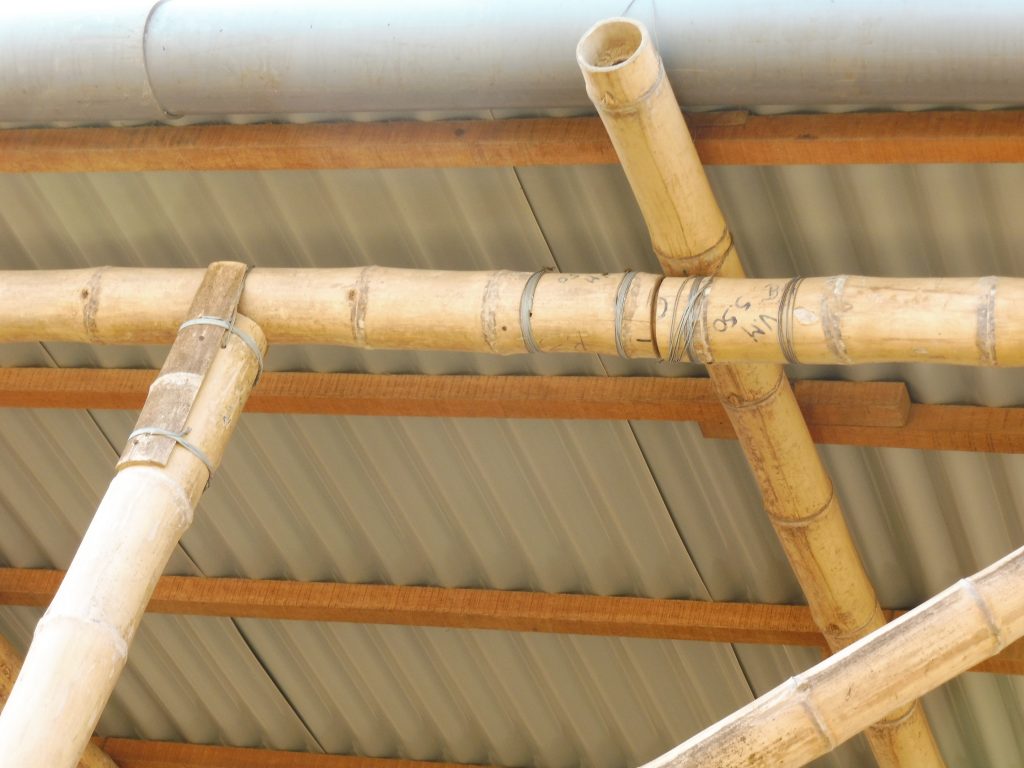 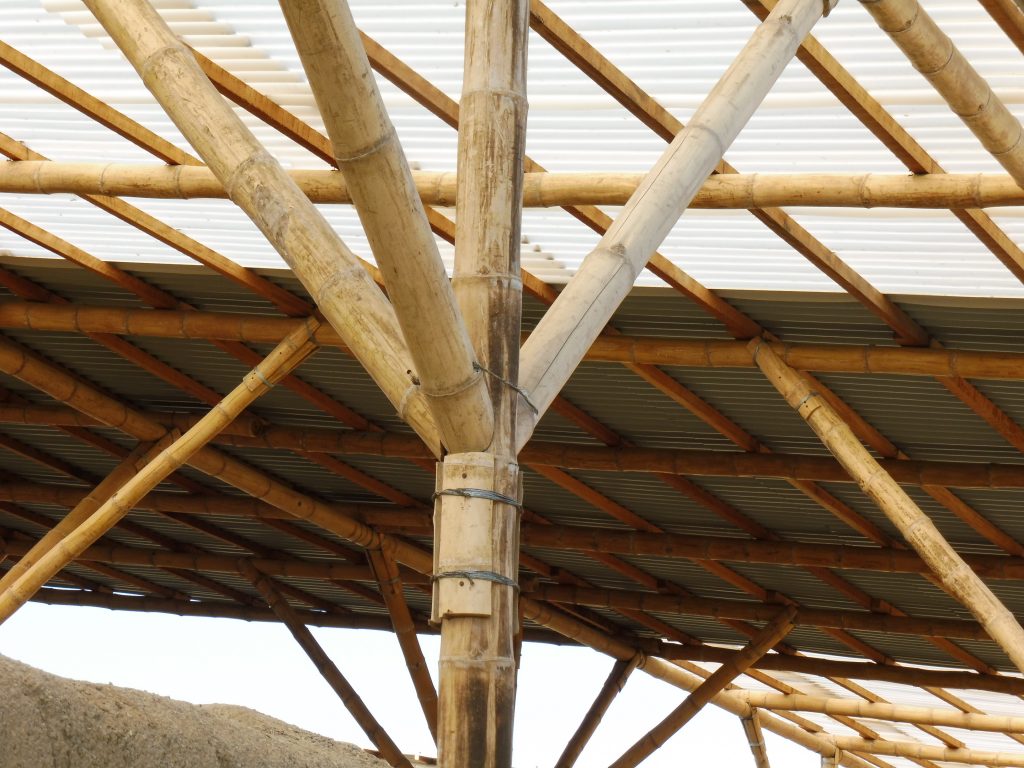