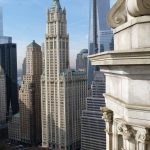 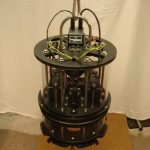 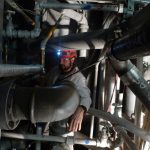 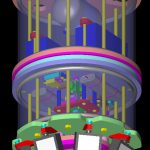 Vertical Access was retained by Alchemy Properties and The Witkoff Group to assist with mapping of ductwork in The Woolworth Building. Alterations made to the building’s HVAC system over several decades had made existing ductwork schematics inaccurate and incomplete. Vertical Access was tasked with assisting in the creation of updated drawings.

The Woolworth Building, a National Historic Landmark, is a 57-story skyscraper in lower Manhattan. It was designed by Cass Gilbert as the headquarters of the F.W. Woolworth Company, and its Gothic Revival styling prompted the nickname, “Cathedral of Commerce.” Upon its completion in 1913, the Woolworth was the tallest building in the world, a distinction it retained until 1930.

The Woolworth Building consists of a central tower flanked by lower wings on the north and south sides. The highly ornate Gothic exterior is clad in white terra cotta, some of which was replaced with cast stone during a 1977 rehabilitation. In the tradition of the carved grotesques of medieval cathedrals, the Woolworth’s sumptuous interior decoration includes caricatures depicting Frank W. Woolworth, Cass Gilbert, and other individuals.