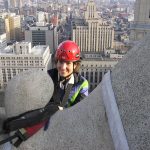 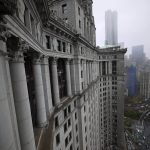 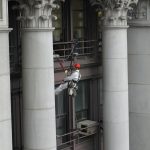 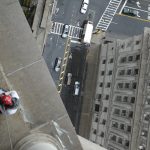 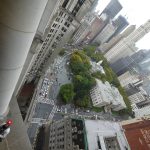 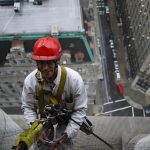 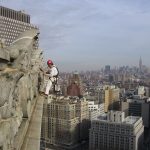 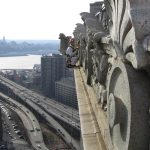 Vertical Access has performed several limited investigations of conditions identified during periodic inspections of the David N. Dinkins Municipal Building. In 2006, VA inspected all of the terra cotta ornament at the 25th floor parapet, finding several areas of failure and recommending the installation of netting as an emergency stabilization measure. In 2011, VA conducted a hands-on inspection of approximately half of the cast-iron window bays between the 21st and 23rd floors in order to identify potentially unsafe conditions. VA returned in 2014 to stabilize three conditions identified during our 2013 inspection of the tower.

The David N. Dinkins Municipal Building, constructed between 1907 and 1914, was the first skyscraper produced by the firm of McKim, Mead & White. It is a notable example of Beaux Arts design incorporating Roman and Italian Renaissance decorative elements. Built to house the offices of the city government following the consolidation of the five boroughs in 1898, the granite-clad building consists of a 25-story base on top of which rises a 15-story tower surrounded by four turrets representing each of the four outer boroughs. Ornamental terra cotta, glazed to match the surrounding granite, is used at the 25th floor parapet. Cast iron framing and decorative elements are used at the three-story window bays between the 21st and 23rd floors.