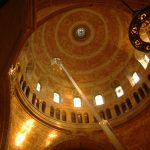 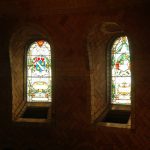 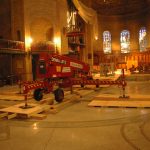 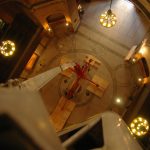 St. Paul’s Chapel was the first building at Columbia that was not designed by McKim, Mead & White, but by the architects Howells & Stokes. An elaborate mixture of Italian Renaissance, Byzantine, and Gothic styles, its interior features Guastavino vaulting in intricate patterns. Construction began on St. Paul’s Chapel in 1904, and it was dedicated in 1907. In 1966, the chapel became one of the first buildings in New York City designated an official landmark by the New York City Landmarks Preservation Commission.