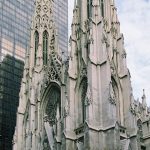 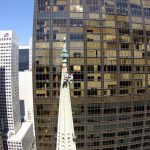 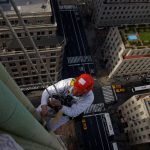 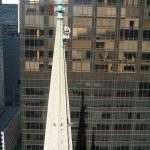 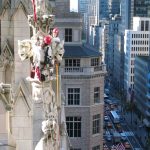 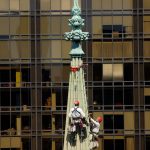 Over more than a decade, Vertical Access has joined teams of architects, engineers, conservators, contractors and construction managers working to document, assess, and maintain St. Patrick’s Cathedral. Vertical Access has performed both interior and exterior investigations of the Cathedral, helping to inform the Archdiocese of New York on the condition of its facilities.

St. Patrick’s Cathedral is the largest decorated gothic-style Roman Catholic cathedral in the country and is the center of the Archdiocese in New York. The first cornerstone was set in 1858 and after a hiatus in construction during the Civil War the Cathedral was opened in 1879. The two towers on the west façade of the Cathedral were added in 1888 and the Lady Chapel and other work at the east end of the structure were begun in 1901. After an extensive renovation of the interior undertaken between 1927 and 1931, the Cathedral took the form and appearance that it essentially has today. At least three different types of marble are used for the cladding of the exterior and the highly ornamental stonework typical of high gothic architecture.