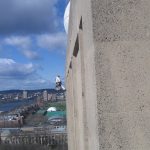 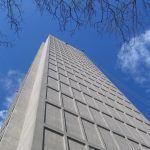 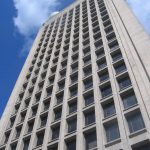 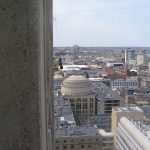 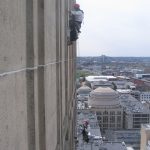 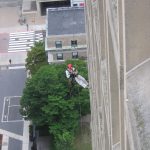 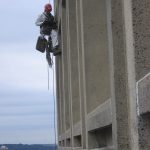 Building 54, also known as the Cecil & Ida Green Center for Earth Sciences, faces McDermott Court near the center of MIT’s campus. The 21-story concrete frame building was designed by I.M. Pei & Associates and constructed between 1962 and 1964. The first floor of the building is raised off of the ground so that there is an open space below, connecting the north side of the building with the south side. The north and south façades have window openings; the narrower east and west façades have blind openings that are the same height but narrower than the fenestration on the wider façades.