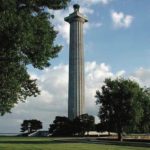 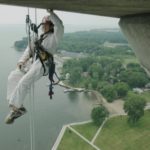 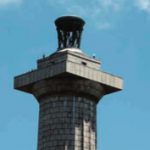 The monument consists of a massive 350-foot Doric column topped by a bronze urn and was built as a homage to Commodore Oliver Hazard Perry’s victory over the British in the Battle of Lake Erie on September 10, 1813. The battle served as a turning point in the War of 1812.

The effort to build a memorial in his honor began in 1852 and was prompted continually by the Sandusky Register over the next fifty years. All efforts failed until Commissioner Webster P. Huntington came on the scene and successfully lobbied politicians for support of the project.