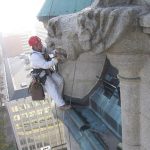 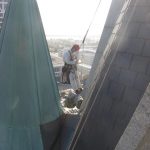 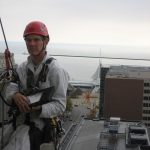 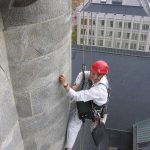 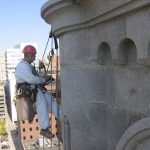 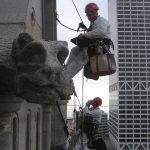 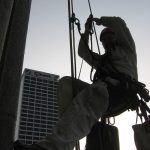 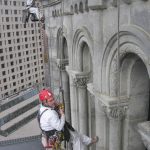 The original portion of the building was constructed between 1892 and 1899, with an addition added to the south in the 1930s. The lower portion of the original building is five stories tall, with gabled roofs and dormers and large arched openings at the entrance below the tower.

A 210-foot tall tower rises from the center of the north façade on East Wisconsin Avenue. Like the rest of the building, the ornament of the tower reflects the Richardson Romanesque style of the original design.

The granite at the tower and other portions of the building is purportedly from quarries near Mount Waldo in Frankfort County, Maine. These quarries produce a coarse-grained, medium gray granite and also furnished stone used in the construction of the main post offices in Cleveland, Ohio and the United States Mint in Philadelphia.