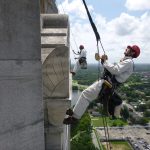 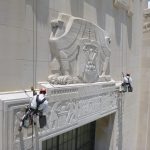 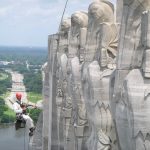 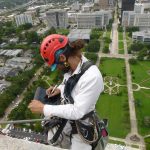 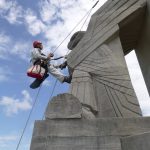 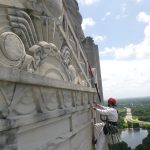 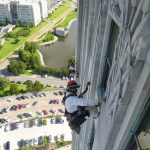 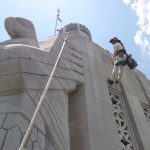 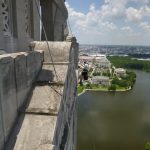 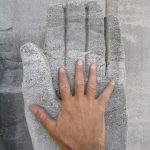 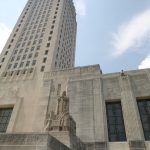 Vertical Access performed a hands-on investigation of the exterior façades of the State Capitol tower and base to assist the project team with preparation of repair recommendations and documents.

The Capitol is a steel frame structure with eight-inch thick brick walls and Alabama limestone cladding. The 450-foot tower rises above a four-story base, which contains the Senate and House chambers along with Memorial Hall. Expressive carvings found on the exterior include bas relief battle scenes, eagles, pelicans, crawfish, corn, and other fauna and flora in addition to geometric ornament.