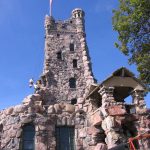 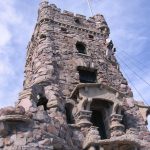 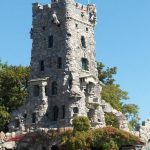 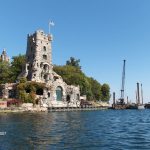 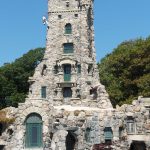 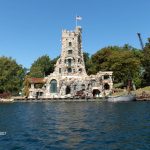 Alster Tower was built by George C. Boldt, proprietor of the Waldorf-Astoria Hotel in New York City, as part of his grand estate on Heart Island. Alster Tower, also known as the Playhouse, was purportedly designed by Boldt himself and was the first building that he constructed on Heart Island. It may have been used as his lodging on the island between 1900 and 1904 while Boldt Castle, the immense reproduction of a Rhineland Castle designed by George W. and William D. Hewitt, was built.

Alster Tower consists of a square tower that rises 60 feet from a two-story base. However, architecturally, the composition is much more irregular than this description implies. At the lower two floors of the tower, porches, balconies and buttresses project out from the square plan of the tower. The top of the tower is capped with a crenellated parapet, which has rounded corners at three corners of the tower. A small crenellated turret sits atop the stair bulkhead at the northeast corner of the tower roof.