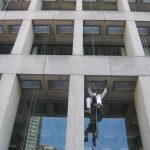 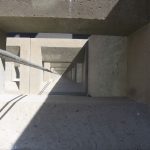 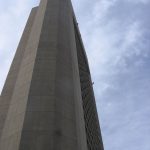 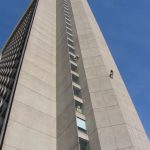 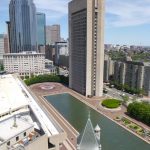 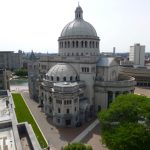 The Mother Church Extension was completed in 1906, as a much-larger addition to the 1894 Mother Church. It was designed by Charles Brigham, with design alterations by Solon Spencer Beman during its construction.

The Publishing House was designed by Chester Lindsay Churchill and completed in 1934. It is 11 stories tall and clad in limestone and granite. The Mary Baker Eddy Library was installed in the building’s lower floors in 2001 and the church’s administrative headquarters were relocated to the building in 2008.

The former Administration Building is a 28-story reinforced-concrete structure designed by I.M. Pei and completed in 1973, as part of a large plaza that also included the Sunday School Building, Colonnade Building, and a 670-foot long reflecting pool.