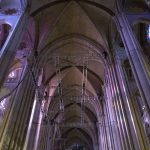 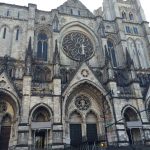 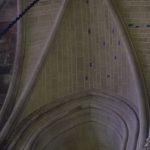 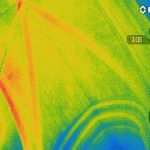 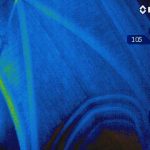 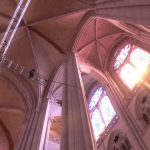 As part of ongoing maintenance of the Cathedral Church of St. John the Divine, Vertical Access worked with Urbitran Engineers and Robert Silman Associates to document the condition of portions of the interior and to install monitoring equipment.

The Cathedral Church of St. John the Divine, one of the world’s largest Christian churches, is the cathedral of the Episcopal Diocese of New York. The firm of Heins & LaFarge won the cathedral’s design competition in 1888 with a Romanesque and Byzantine design calling for a total length of 520 feet and a towering fleche at the crossing. A Guastavino tile dome, 162 feet high at the apex, was built to temporarily cover the crossing, but the fleche was never built and the Guastavino dome remains in place today.

Construction began in 1892, following the Heins and LaFarge plan, but the design was altered by Ralph Adams Cram in the first decade of the twentieth century to be in keeping with the then-fashionable Gothic Revival style. Work was stopped during the Second World War, but renewed interest in the stonemasonry trades resulted in the creation of an apprenticeship program.