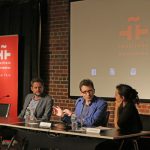 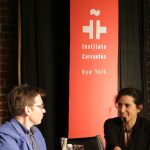 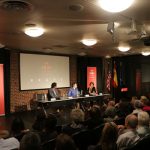 I have dedicated a major portion of my career to studying the life and work of Rafael Guastavino. Recently I was honored to play a part of two screenings of El Architecto De Nueva York, the award-winning documentary in which I appeared with Kent Diebolt and John Ochsendorf as well as our Spanish colleagues Camilla Miletto, Arturo Zaragosa and Fernando Vegas. In the film we guided viewers through iconic examples of his work in New York City such as Grand Central Terminal, the Guastavino Oyster Bar, Ellis Island and more. This documentary won a Gold Dolphin at the 2016 Cannes Festival and a New York Festival World’s Best TV & Films section Biographies. The director was Eva Vizcarra. 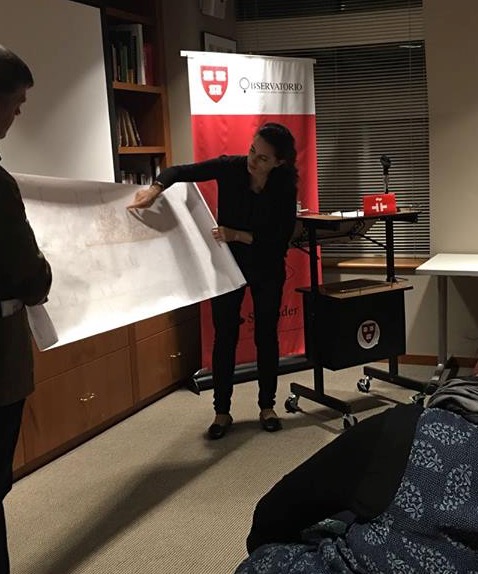 Here I am after the Harvard screening showing a timeline we developed that follows the projects and main events in the Guastavinos’ lives.

On October 23, I moderated a round table following the documentary screening at the Instituto Cervantes NYC.

The participants of the round table were:

We discussed the following topics:

Then on November 9, I introduced the screening at the Observatorio del Instituto Cervantes en Harvard University (Link to the event: https://college.harvard.edu/documentary-screening-and-discussion-rafael-guastavino-el-arquitecto-de-nueva-york)

I let the audience know that they were about to see the only documentary ever filmed about the Guastavinos, two Spanish architects/constructors responsible for designing and building iconic spaces in more than 1000 buildings in the world. Of these, there are around 156 Guastavino buildings in Commonwealth of Massachusetts.

I also read the words of Professor George Collins, from Columbia University, who rescued the incomplete but extensive archives of the Guastavino Fireproof Construction Company from destruction: 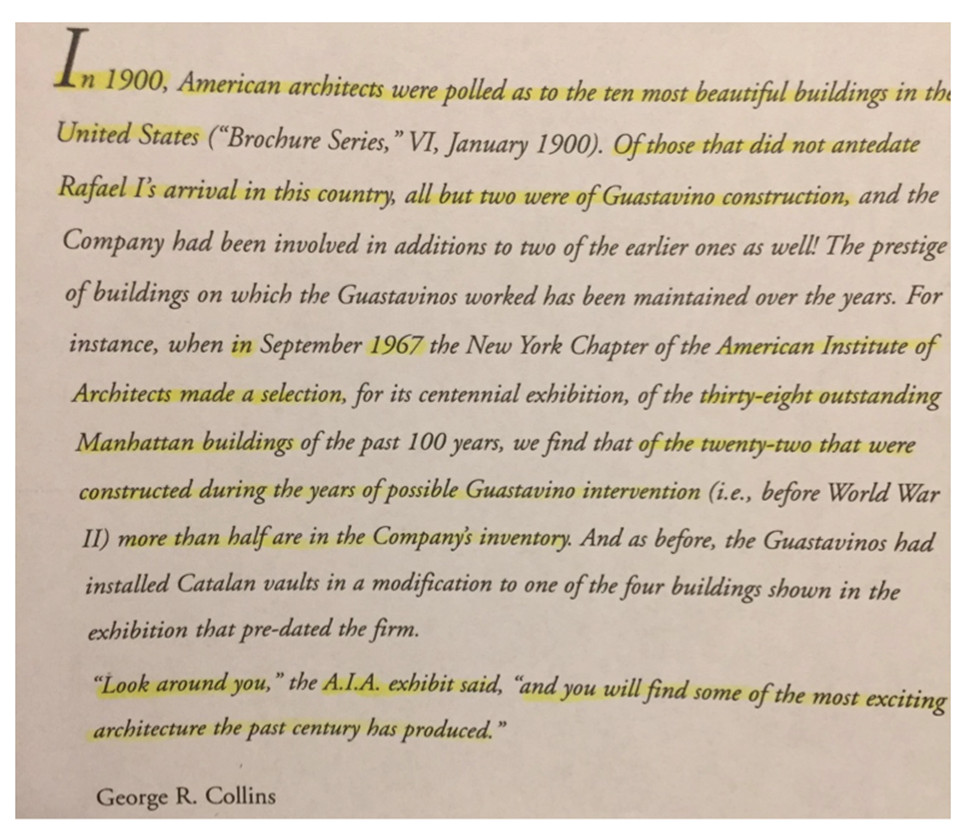 After the screening I answered some questions and analyzed the following topics: