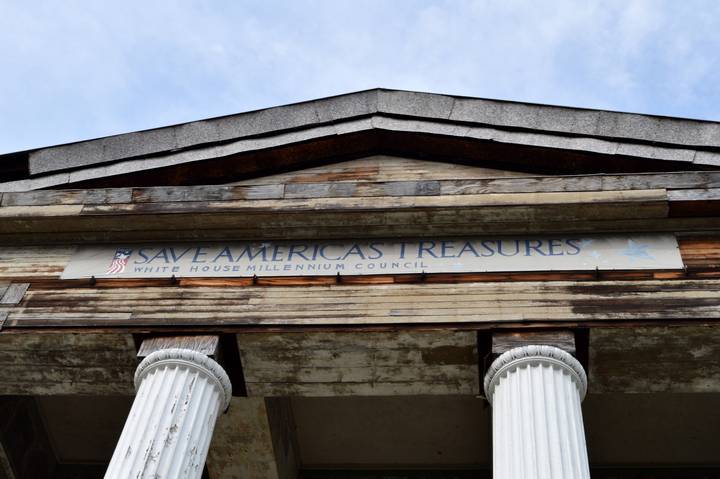 In October, Technical Services staff visited the Dutch Reformed Church in Newburgh to check in on an important step forward for the structure. The church, built in 1835, was designed by Alexander Jackson Davis and is a National Historic Landmark. The League named the Dutch Reformed Church a “Seven to Save” site for 2016-17 and is working with the City of Newburgh and local preservation advocates to make a stabilization, preservation, and re-use plan for the building.

In 2012, the sanctuary ceiling collapsed, crushing the pews inside and destroying additional important interior features. Because the condition of the building rapidly declined after the ceiling collapse, a complete structural analysis of the upper trusses and roof was absolutely necessary in developing a plan to save the building. But how could we complete this inspection and analysis when the building’s condition was so dangerous?