Situated on a corner in downtown Brooklyn within the New York City designated Borough Hall Skyscraper Historic District, 75 Livingston Street is a 32-story steel-framed, masonry-clad residential building designed by architect Abraham J. Simberg.  It was completed in 1928 and was originally called the Brooklyn Chamber of Commerce Building. 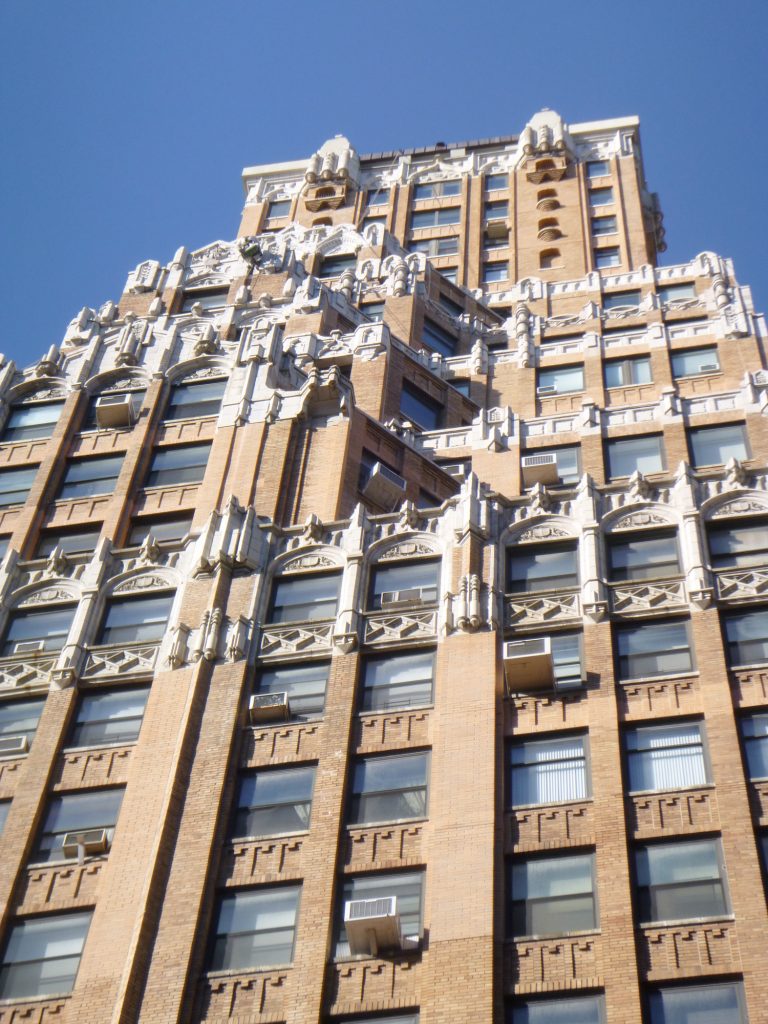 The parapet at each setback distinguished by ornamental terra cotta, projecting finials, and decorative spandrels. 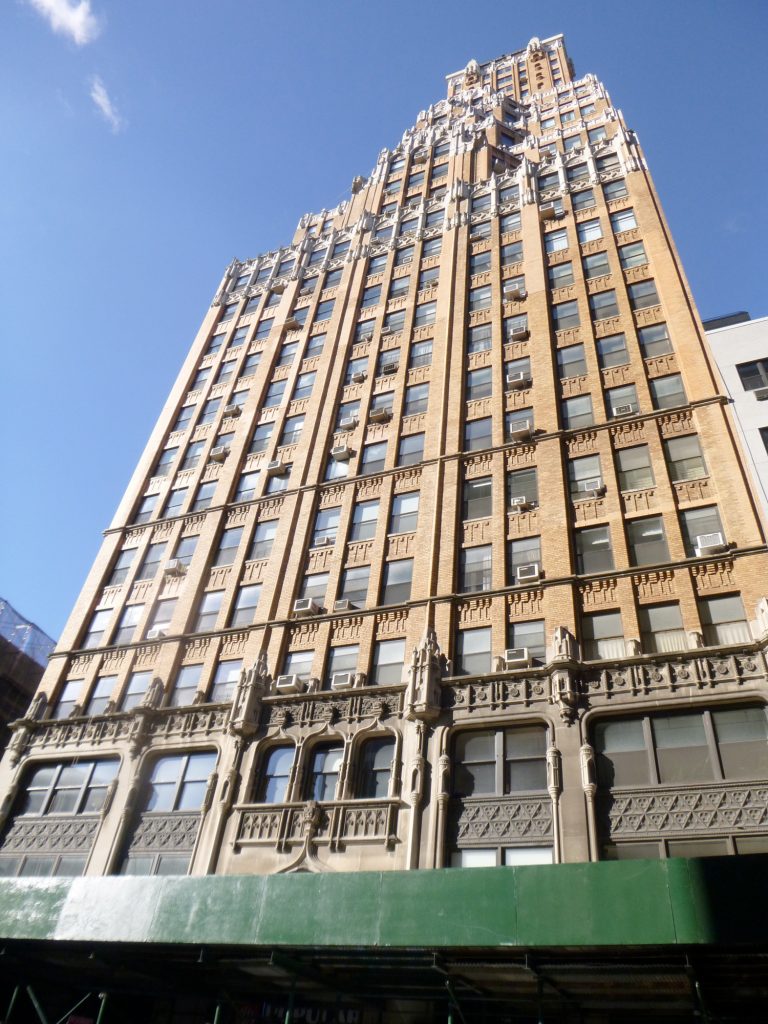 Limestone masonry at the columns and door and window surrounds, with cast iron spandrel panels and steel windows. 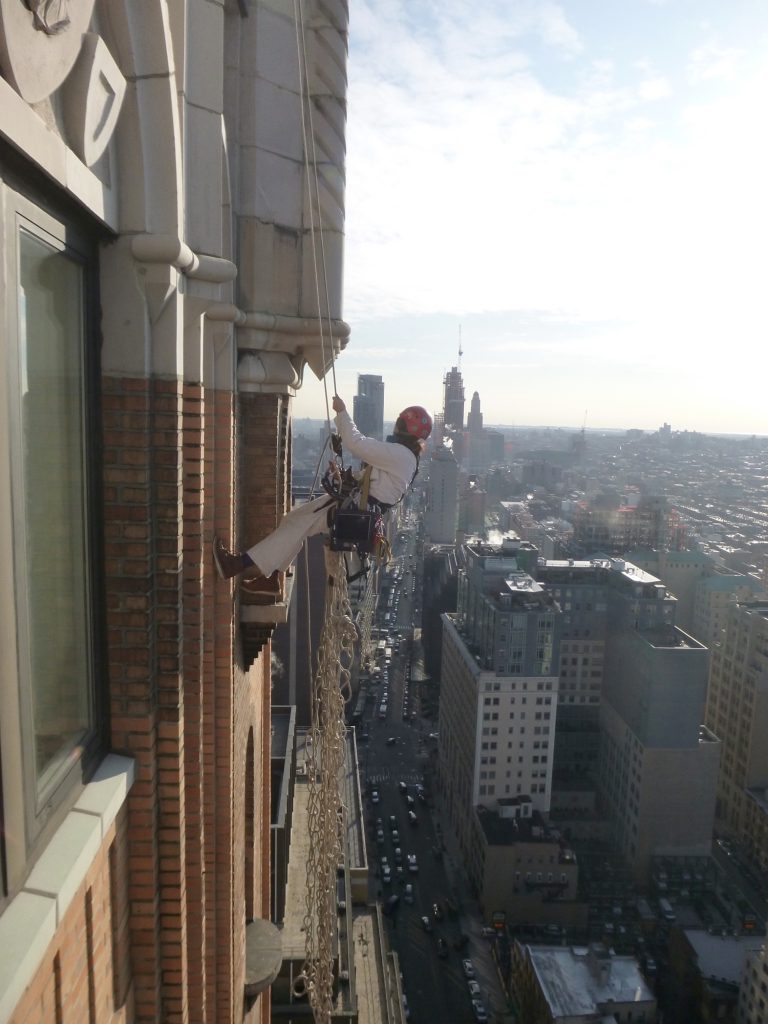 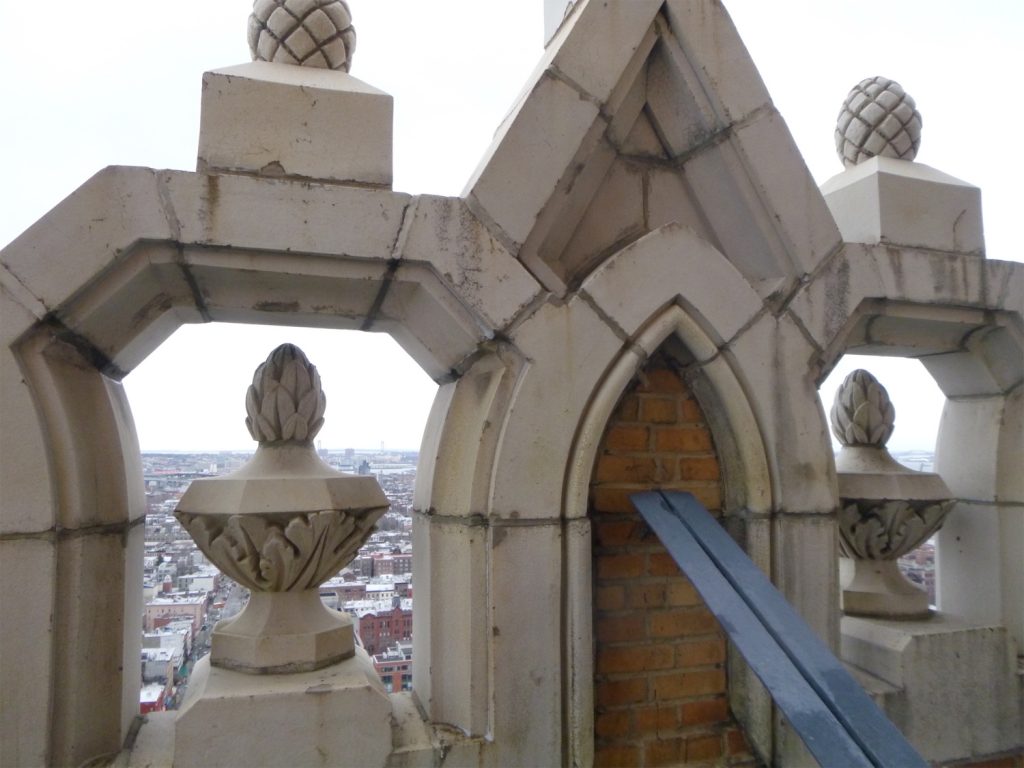 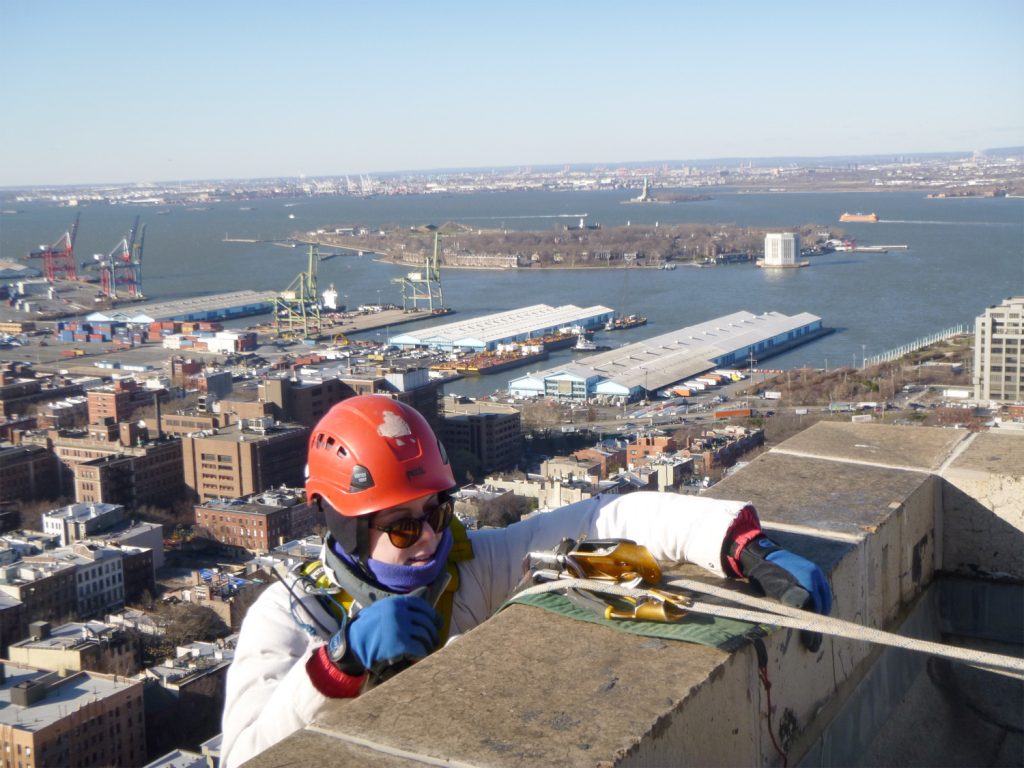 Kristen Olson starts one of many inspection drops. Note Governors Island and the Statue of Liberty in the background.

Vertical Access was retained by FS Project Management to perform a hands-on investigation of the four exterior masonry façades from grade to the top of the building at the penthouse level to assist Howard L. Zimmerman Architects (HLZA) with the Façade Inspection Safety Program (Local Law 11) inspection of the building and with preparation of repair recommendations and documents. Vertical Access had previously performed the Cycle 5 Local Law inspection of 75 Livingston Street in 1999. New York City’s Facade Inspection Safety Program, like other city-mandated facade inspection ordinances and periodic inspections carried out by building owners on their own initiative, is an important means of maintaining our built environment.

At the top of this 430-foot pre-war skyscraper is a sheet metal-clad pyramidal roof and cupola. Numerous setbacks on the south and east facades are exceptional features, with the parapet at each setback distinguished by ornamental terra cotta, projecting finials, and decorative spandrels.

The lower three floors on the Livingston Street (south) and Court Street (east) façades have limestone masonry at the columns and door and window surrounds, with cast iron spandrel panels and steel windows.  Above the third floor, the exterior is clad in brick and terra cotta. The north and west façades are primarily brick with terra cotta ornament at the top of the building.

VA used industrial rope access for the condition assessment and documented representative and notable conditions observed by means of still photographs hyperlinked to annotated AutoCAD drawings, with quantities provided for each prioritized condition. Industrial rope access allowed four technicians to complete the comprehensive inspection of this monumental building in a matter of days, whereas other means of access would surely have taken weeks or even longer.