June 20th marked the 50th anniversary of the incorporation of Historic Ithaca, one of the oldest nonprofits in New York State dedicated to historic preservation. Members of the Vertical Access team have been involved with HI in various capacities for nearly 20 years, as board members, staff, and volunteers.

Kristen Olson served as HI’s Preservation Service Coordinator before joining Vertical Access. She has been working as a volunteer on the organization’s 50th Anniversary activities, including HI’s participation in the annual Ithaca Festival Parade in June: 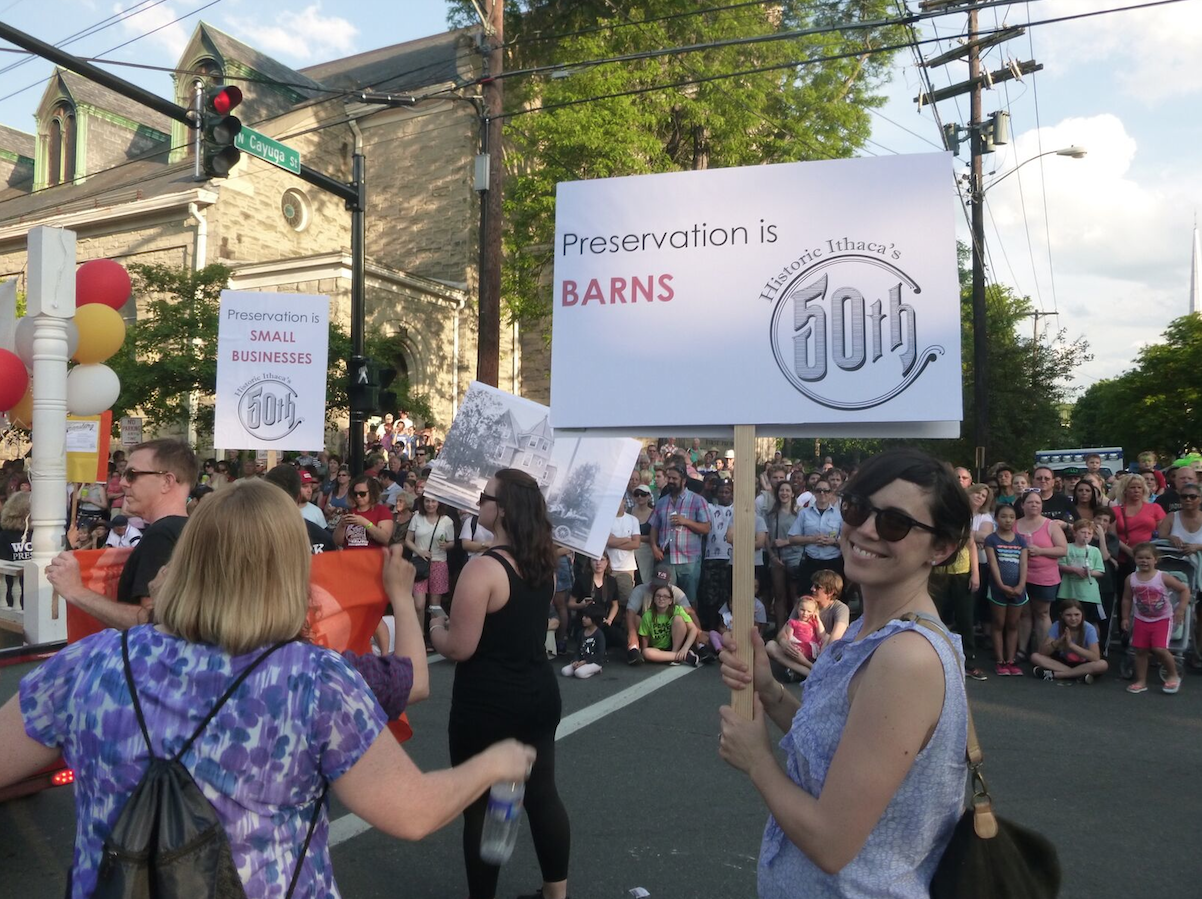 Kent Diebolt served on HI’s board of directors from 1997 to 2000. During his tenure as President from 1998 to 1999, Historic Ithaca purchased and stabilized the State Theatre, saving it from near-certain destruction.

From the lobby steps in the restored vaudeville-era theater, Kent and other former board members spoke about the organization’s work over the past 50 years. As a visual aid, Kent brought along an enlarged copy of the notice of condemnation that was placed on the theater in 1998, demonstrating just how close it came to demolition. 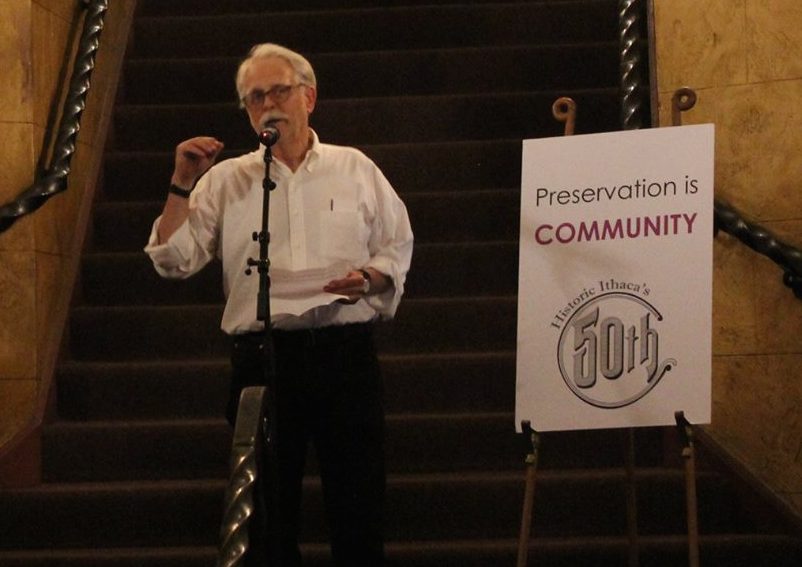 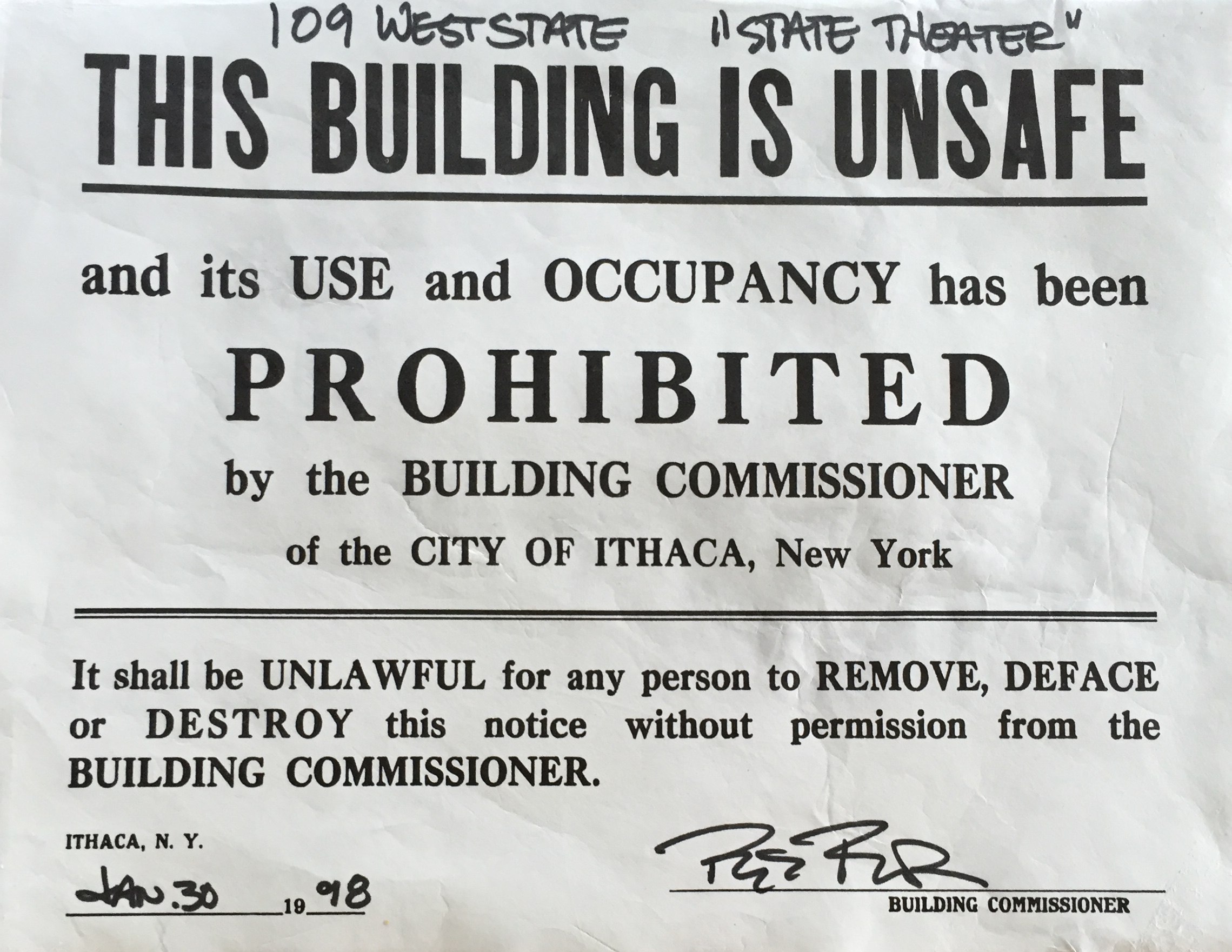 Here’s to the next 50 years for Historic Ithaca!