Predicted by its organizers to be the “greatest single event in history,” the 1964-65 New York World’s Fair was indeed a spectacle. One of the most notable structures of the Fair, and one of the few that still stands, is the New York State Pavilion. Looking to create a symbol of progress and to show off the state’s status as host of the Fair, Governor Rockefeller commissioned Philip Johnson, who worked with structural engineer Lev Zetlin, to design the New York State Pavilion. The pavilion was in fact an assemblage of three separate structures: the open-air Tent of Tomorrow, three interconnected Observation Towers, and the circular Theaterama. 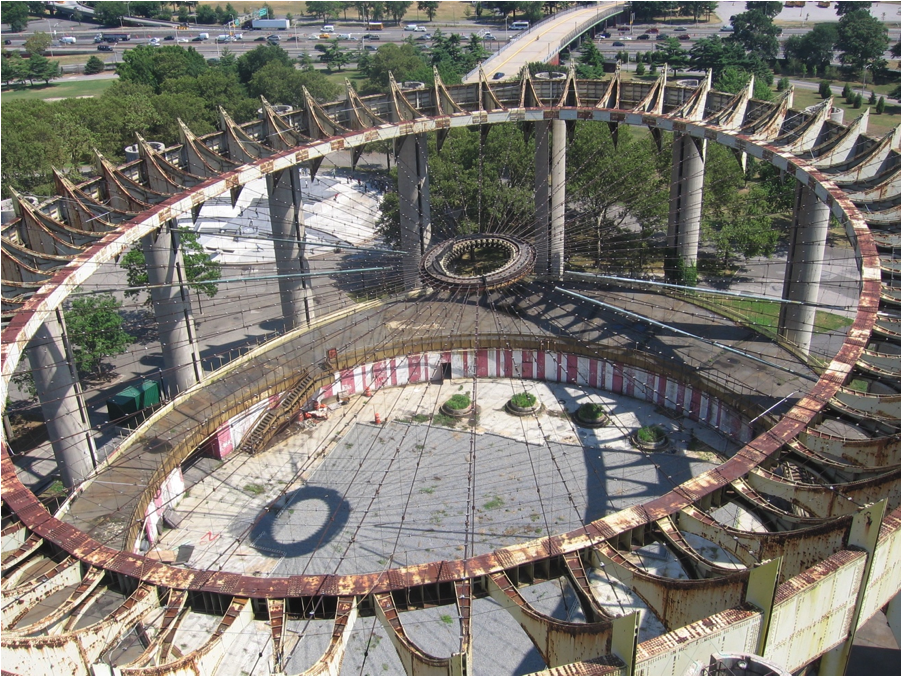 Tent of Tomorrow in 2011, as seen from the Observation Towers. 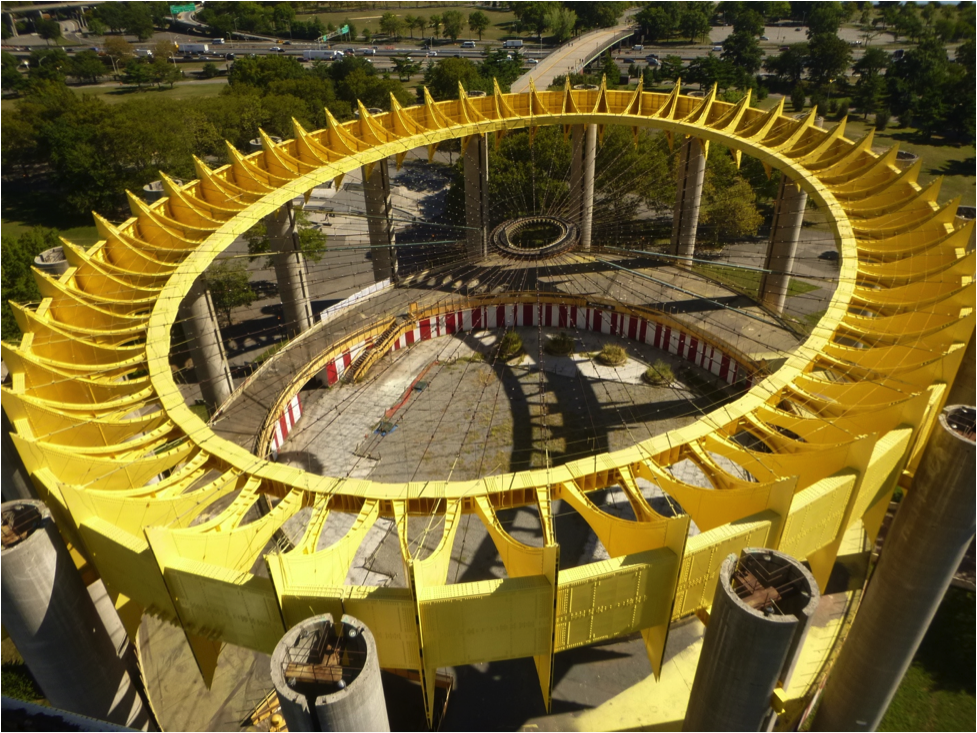 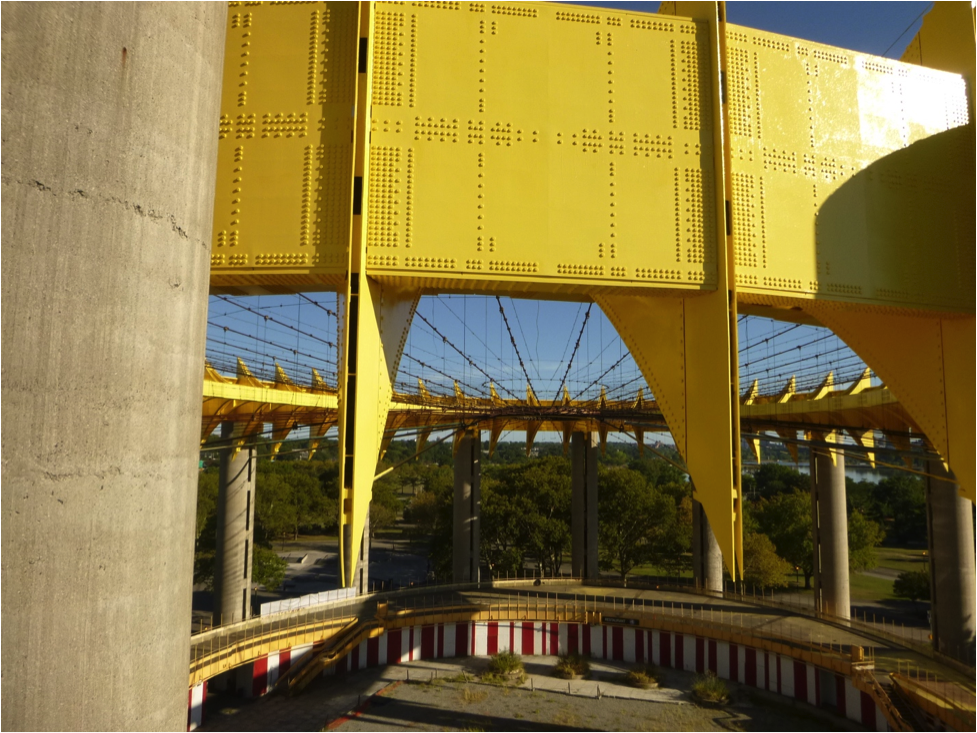 Detail of repainted Tent of Tomorrow.

The Tent of Tomorrow was used for several years after the end of the Fair in 1965, first for music and art shows, then as the “Roller Round Skating Rink.” In the summer of 1974, the City closed the tent structure, citing the “hazardous condition” of the Kalwall roof panels. The multicolored roof panels were removed in 1976, leaving the structure in more or less its current state.

Although unused for over forty years, the Tent of Tomorrow is showing new life thanks to the work of New York area painters. The City of New York Department of Parks and Recreation (DPR) who owns the structure, teamed with the New York Structural Steel Painting Contractors Association and the International Union of Painters and Allied Trades, Local 806 (Structural Steel and Bridge Painters of Greater New York) to complete a spectacular painting project during the summer of 2015.

Labor for the painting project was donated through apprenticeship programs of the trade groups. Funding to provide meals for the crew during the work was raised through crowdsourced funding. The paint job not only returns the steel elements of the Tent of Tomorrow to their original appearance, it also helps to protect the structure from continued corrosion and deterioration. The painting project is one step in the long process being undertaken by DPR and the borough of Queens to stabilize and hopefully one day restore the Tent of Tomorrow and Observation Towers of the New York State Pavilion.