This 25-foot-tall beauty stands atop one of the largest government buildings in the world, a Beaux Arts masterpiece completed in 1914. She holds a five-sectioned mural crown in her left hand, and a shield and laurel branch in her right. Where is this “fame”-ous statue?

Answer: David N. Dinkins Municipal Building, New York, NY. Built to house an expanded city government following the consolidation of the five boroughs in 1898, it was the first skyscraper produced by the firm of McKim, Mead and White. The gilded copper statue atop its cupola is Civic Fame, by sculptor Adolph Weinman. The building was renamed for former Mayor David N. Dinkins in November 2015 in recognition of his decades of public service including a four-year term as mayor. 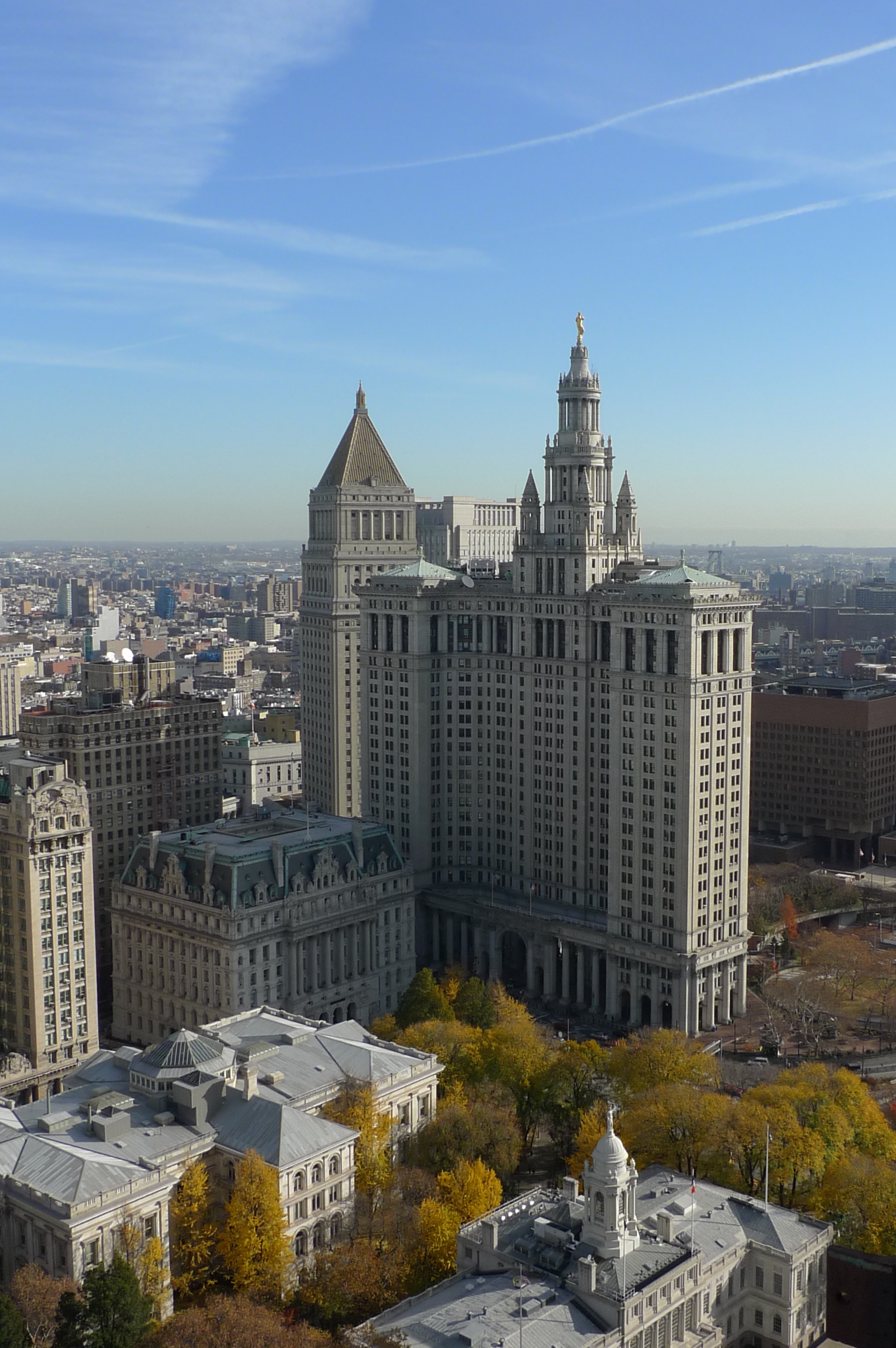