The workshop consisted of building two small tiled vaults: a groin vault and a barrel vault with lunettes. The vaults, of approximately 6×6 feet were built with tiles measuring 7 3/8″ x 3 3/4″ x 5/8″ donated by Boston Valley Terracotta.

The venue for the event was the atelier of Ottavino Stone Corporation, kindly donated by that same corporation, which is celebrating their centennial this year. Additional funding came from the National Center for Preservation Training and Technology through APTI and Vertical Access LLC. We cannot thank our sponsors enough for their support! 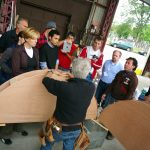 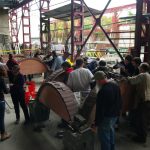 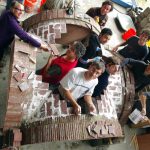 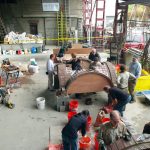 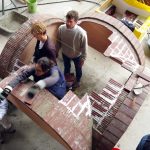 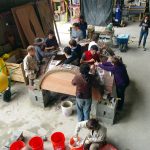 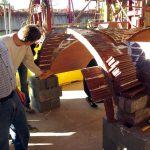 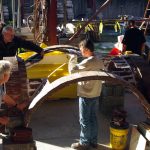 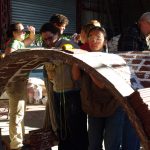 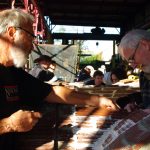 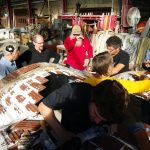 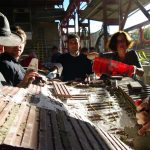 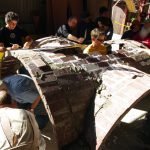 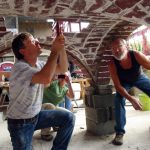 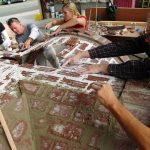 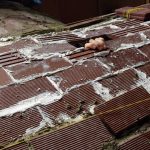 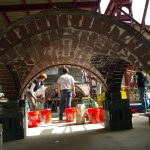 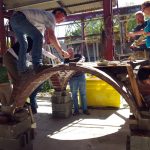 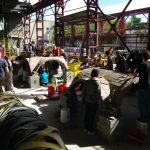 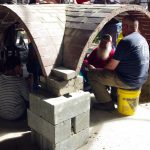 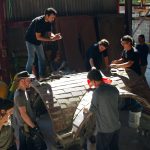 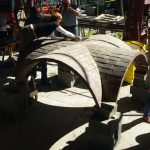 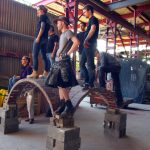 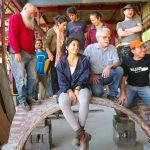 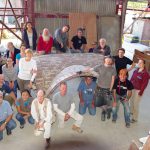 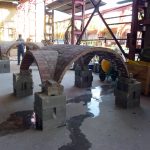 The first layer was set with plaster of Paris due to the rapid setting time (10-15 seconds approximately). During the second day, once the first layer was finished, the attendees, divided in two teams, started and finished the second layer, set up with mortar cement, which confers strength to the structure.

By the end of the second day, everybody took turns standing on the vaults. We all learned a lot from each other and gained an appreciation for the skill that it took to build these full-scale vaults. Finally, and most importantly, we all had a wonderful time.

> Watch a video news story about Rafael Guastavino that includes time-lapse footage from this workshop and interviews with Berta de Miguel and Kent Diebolt. The piece was produced by RTVE, a public broadcasting station from Spain.

A portion of our annual contribution to 1% for the Planet helped support this event. Read a short post about how VA got involved with One Percent